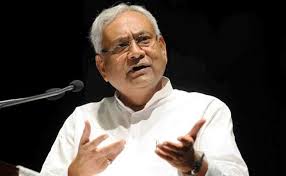 PATNA: Chief Minister Nitish Kumar on Monday expressed concern over the rising trend of farmers in Bihar setting agricultural residue on fire and warned the cultivators burning stubble in fields will be deprived of the facilities provided by the state government.

Underscoring the adverse impact of stubble burning on the environment, he instructed agriculture department officials to launch a campaign to end the practise.

“Farmers burning stubble (crop residue) in their fields will be deprived of facilities being given by the state government,” Kumar said while inuagurating a two-day international conference on “Crop Residue Management” here.

The event was organised jointly by the state’s agriculture department and Bihar Agriculture University, Sabour (Bhagalpur).

The state government is providing every possible help to the farmers in the state, he said adding power is supplied to them at a rate of 75 paise per unit.

In addition, the state is giving Rs 60 as subsidy on every litre of diesel.

Earlier, the practice of stubble burning was prevalent in Delhi and Punjab causing bad impact on Delhi’s environment, he said while adding that the custom has now gained prevalence in some parts of the state.

Kisan Salahkars (agriculture advisors) and representatives from agricultural institutions should convince the farmers about the ill-effects of burning stubble/crop residue and create awareness among them against it, he said.

Kumar cited the rainfall figures to highlight the impact of the climate change Bihar has witnessed in past few years.

Earlier, the state used to witness an average rainfall between 1200-1500 mm which has came down to 750 mm last year, he said.

He asked officials to show “short film” to the farmers incorporating valuable suggestions given by the agriculture scientists and experts at the conference.