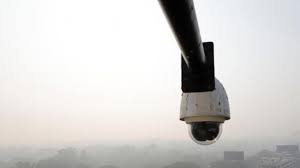 For long, Jharkhand’s capital Ranchi has been known as a safe hideout for criminals and Maoists on the run.

A rapidly growing city with a big population, coupled with understaffed police force and a poor surveillance mechanism, Ranchi has often seen in the past as a city where a criminal on the run would desire to be in.

Ranchi Police, however, has just made it difficult for the career criminals.

The police in Ranchi have just obtained advanced face recognition cameras (FRCs) to pick the known criminals and habitual offenders from city streets.

The police have uploaded the available photographs of the criminals in the database of the police control room and linked to the FRCs. With the cameras linked to the police database, it is expected to scan the faces in their respective fields of visions and send out an alert if and when a match is found on city roads.

The police are hopeful that these cameras will help them in both prevention and solving of criminal cases, besides augmenting its existing surveillance mechanism.

All FRCs have been attached to separate network video recorders, a digital device fitted on the internet CCTV network. The recorder will digitally record live image/video streams to a hard disk.

If an offender would cross through locations where the FRCs have been put up, an alert will be generated at police control room along with the location of the offender concerned. A police response team will be immediately tasked to trace the offender

Top police sources told India Today that while 16 FRCs have been installed at strategic locations in the city, more can be procured in times to come. Though the locations of these cameras, installed at a lower height to help the devices effectively recognise faces, have been kept a secret, it is understood that the locations are those from where criminals usually try to escape.

The FRCs’ locations have been kept a secret, as criminals would avoid a route if they come to know about precise installation sites. Each of the FRCs cost over Rs 40,000, but these have good lenses to have clear image quality. While the available photographs of criminals have already been uploaded, expansion of the database would be a “continuous process”.

The FRCs are in addition to the Automatic Number Plate Recognition Cameras (APNRs) detection cameras, already installed in Ranchi.

These APNRs help cops prosecute traffic rule violaters. These APNR cameras can read number plates of violating vehicles, which technicians at the police control room can scan for the system to automatically generate challans to pay fines and sent them to the addresses of violators. Now with FRCs installed in Ranchi, the police believe its existing surveillance system, which largely depended on 500 CCTV cameras on important roads, will become more effective.

The Ranchi Police said that the FRC system, part of a system to boost real-time policing, will be integrated to the existing video surveillance systems and match faces in real-time against a watch list of individuals to trigger an alert.