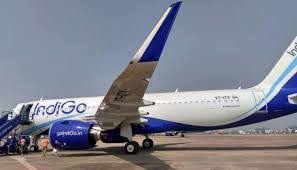 More than 140 passengers had a close shave after a Delhi-bound IndiGo flight suffered a bird hit at Ranchi’s Birsa Munda Airport on Wednesday which forced it to abort take off, officials said.

The pilot aborted the take-off soon after the damage was detected. Airport sources said engineers were called to ascertain if there had been any damage due to the bird strike.

The airline made arrangements for the passengers to leave for their destination by another flight.

Birsa Munda Airport director Vinod Kumar Sharma said, “Indigo flight 6E-398 was scheduled to take off from the airport at 9.30 am. There were 144 passengers in the flight. As it started taxiing on the runaway, a bird hit its turbine.”

He said all passengers were safe.

Sharma claimed that bird hits have come down this year at Ranchi airport.

“This is the second incident of bird hit from January to August this year, while the number was five in the previous year,” he said.

Sharma also said they have engaged hired Birsa Agriculture University (BAU), Ranchi to study bird hits and suggest measures to eliminate the threat. “The university will study the reason of bird gathering near the airport and suggest ways on how to make it a bird free zone,” he said.

Environmentalists, however, say mushrooming buildings around the airport has jeopardized aircraft safety as kitchen wastes disposed by the residents attract birds.

Roadside eateries, shops selling meat and fish and irregular picking of garbage from nearby Birsa Chowk, Tupudana road and Hinoo area are aggravating the threat. The tall trees surrounding the airport provide a safe nesting place for the birds, they said.