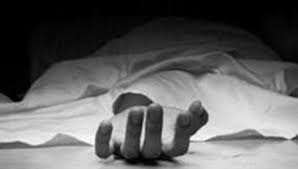 The police on Monday recovered decomposed bodies of a 26-year-old woman and her five- year-old daughter from the soak pit tank of the house in which she was living as tenant in Ranchi’s Argora area, police said.

The police have registered a named FIR under Section 302 of the Indian Penal Code (IPC) against prime suspect Samim, the deceased woman’s live-in partner.

“On information passed on by house owner Bhairow Tigga, we reached the spot and recovered the bodies of Rekha Tigga, a widow, and her daughter Priyanshi Tigga from the soak pit. It appears that the accused, in order to destroy the evidence, had thrown the bodies in pit, put bricks over them and cover the pit’s opening with the cemented slab. The bodies, which were found in almost decomposed condition, have been sent for postmortem,” said Hatia deputy superintendent of police Prabhat Ranjan Barwar.

He added that police suspect that the murders were committed between August 21 and August 22 as the deceased were seen last on August 21. A manhunt has been launched to arrest Samim who is now absconding, the DySP said.

“The woman, who originally hails from Hurhuri in Ranchi’s Ratu block, was a daily wage earner and living with her daughter in the rented premises at Uppar Kocha, Pipartoli in Argora. As per the information gathered from different sources, Samim, a mason, lived with them in the same house,” Barwar said.

According to the house owner Bhairow Tigga, who lives in a nearby separate quarter, Samim, Rekha and her daughter had been residing in his house on a monthly rent of Rs 1500 since April 28.

“On August 21, I saw her working as labourer in an under construction house in our locality. But, thereafter, I never saw her. Next day, Samim informed me that Rekha and her daughter had permanently left for their village. Two days later, Samim vacated the house. When I came here on Monday to clean the premises, I encountered a foul smell emanating from the house. We then informed the police,” Bhairow said.

Rekha’s elder sister Panchmi informed that Rekha, after the death of her husband, shifted to Ranchi’s Argora area for better upkeep of her daughter.

“Meanwhile, she befriended a mason Samim. After taking the present house on rent, both were living together like husband and wife. I had talked to her last on August 21 over phone. She disclosed about her poor health condition and her dispute with Samim. Next day, she didn’t pick up my phone despite repeated calls,” Panchmi said.