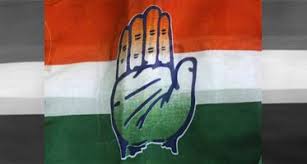 Patna, Sep 3 The Congress party continues to be in a state of disarray in Bihar. With the Assembly polls scheduled next year, the party just doesn”t seem to be getting its act together.

The continued indecisiveness on the part of the party leadership has led to confusion among the party workers as to the future course of action on issues like the continuation of the alliance in the state.

The situation at the ground level is worsening day by day for the party in the state. A top Congress leader in the state admitted on the condition of anonymity that every other big or small party is busy with outreach programmes, but Congress leaders are not even attending the party meetings.

Recently, the state Congress” advisory committee meeting was held in Patna, the first after the debacle in the Lok Sabha polls, but only eight of the 29 members turned up. The meeting was called to discuss the strategy to strengthen the party and the continuance of alliance with the Rashtriya Janata Dal (RJD).

While some senior leaders like Sadanand Singh want the party to go solo in the Assembly polls, some are in favour of continuing the alliance with the RJD.

“There is no dearth of leaders in our party. We should go solo in the polls. The alliance has not brought any benefits to us,” Sadanand Singh said.

The party had won only 27 out of the 243 seats in the last Assembly polls in 2015, clearly showing that the alliance with RJD did not benefit them.

A Congress leader said: “Most of the leaders are only working in their constituencies in order to save their seats. No one is working on the organisational level.”

Before the Lok Sabha polls, big names like Shatrughan Sinha, Uday Singh and Tariq Anwar had joined the party, but none could achieve electoral success. Now the party has been left with a bigger problem of giving befitting responsibilities to each of them.

With no clear cut strategy on alliance, even the ordinary party worker is confused and disillusioned and this can very well spell more trouble for the Congress.