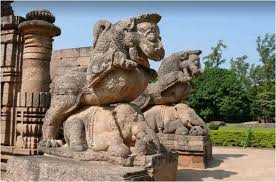 Bhubaneswar, Jul 9 Odisha Tourism Minister Jyoti Prakash Panigrahi has said he would soon take up with the Centre the absence of the state”s tourist spots in the list of 17 sites that would be developed into world-class destinations.

Several Biju Janata Dal MPs have also asserted that they would raise the issue in Parliament.

Panigrahi expressed dismay over the Centre”s alleged apathy towards Odisha.

“The Union government has claimed that selection was done on the basis of the site”s natural, architectural and religious importance, but omission of places like Konark Sun Temple, Chilika Lake and the Buddhist circuit in Odisha raises questions about the selection process,” Panigrahi said.

During her maiden Budget speech last Friday, Union Finance Minister Nirmala Sitharaman had said 17 model sites chosen by the Centre would be developed into world-class destinations to encourage tourist arrival. She, however, did not elaborate which are the chosen sites.

BJD leader and Puri MP Pinaki Misra said the party, in its election manifesto, had promised to develop Puri as the cultural capital of the country. “I am surprised that not a single destination from Odisha made it to the list. The Sun Temple in Konark is an iconic site and has every reason to be on that list,” he said.

According to sources, the state BJP leaders are also disappointed over the non-inclusion of Odisha”s popular tourist destinations and were planning to draw the attention of the Union Tourism Ministry on the issue.

State BJP general secretary Prithviraj Harichandan expressed hope that the Centre would revise the list in the interest of the state.

Representatives of the travel and the hotel industry in the state have urged the Union government to review the selection procedure.

“Odisha is endowed with a host of national heritage sites, attracting millions of domestic and global tourists every year. It is surprising that not a single location has found a place in the Centre”s list,” J K Mohanty, the chairman of Hotel and Restaurant Association of Odisha, said.

Mohanty, also a member of state Tourism Promotion Council and Tourism Advisory Committee, said he had written a letter to Union Tourism Minister Prahlad Singh Patel, urging him to reconsider the decision and take another look at Odisha”s potential.

Mohanty said destinations like the Sun Temple in Konark, Chilika Lake, one of the largest lagoons in the world; Bhitarkanika mangroves, which is a Ramsar site, have more tourism potential than some of the sites selected for promotion by the central government. SKN RMS HMB