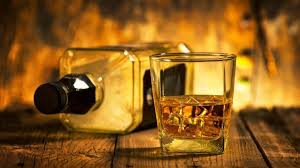 he police department in Bihar has taken stern action against police officers across the state for their failure to implement prohibition. The department has directed that the officers who have failed to implement the order will not be made station house officers (SHO) for the next 10 years.

The police department has compiled the list of 41 erring police officers, who failed to implement prohibition in their respective areas over the last three years.

The penalised officers are posted across 16 districts of the state, including Patna, Muzaffarpur, Siwan and Katihar.

It may be mentioned that despite prohibition in the state, illegal liquor trade and smuggling has been flourishing. Chief Minister Nitish Kumar on several occasions in the past had warned the police officers of implementing prohibition strictly or else they will not be posted as SHOs for the next 10 years.

The police headquarter, during inquiry, found that these guilty policemen had nexus with liquor mafia because of which illegal liquor was being manufactured and sold rampantly in the areas falling under their jurisdiction. Action has also been taken against the police officers for failing to check smuggling of liquor from neighbouring districts of Uttar Pradesh and Jharkhand.