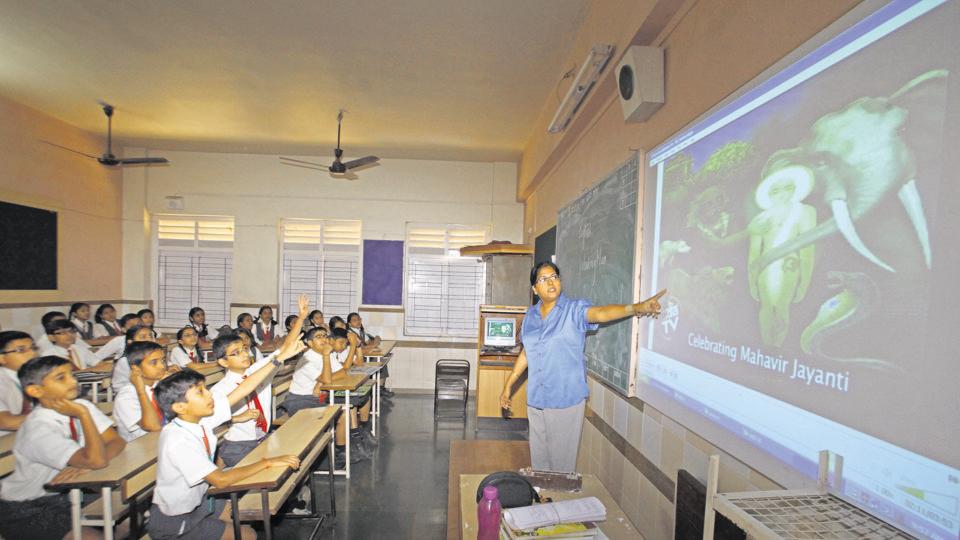 Education minister Krishnnandan Prasad Verma on Tuesday assured the state assembly that the state government would complete the process of recruiting new teachers for primary and secondary level by end of this year even as Opposition RJD staged protests over the shortage of teachers in government schools.

Verma’s reply came during a starred question raised Vidya Sagar Singh Nishad of the JD(U), who sought to know what steps were being taken by the government to fill up vacant posts of teachers at Morwa block high school and the high school at Raghunathpur in Samastipur district.

“We are in the process of recruiting teachers. There is a shortfall of teachers as many schools have been upgraded from middle to high school while the process of upgrading high schools to plus two level is also going on. But we will do the appointments soon,” said the minister.

However, opposition members remained unconvinced by the minister’s reply and demanded that the government inform the House about steps being taken for teachers’ appointment. RJD’s Lalit Kumar Yadav, Bhola Yadav and Congress leaders, including Sadanand Singh, were vocal in slamming the government over the delay in filling up the vacancies.

In totality, the government plans to appoint around 40,000 teachers for the high and plus two schools and around 1 lakh teachers for primary and middle schools. The government has already initiated the process. For secondary teachers, applicants having qualified STET ( state teachers eligibility test) are eligible while for primary level, those having qualified TET( teachers eligibility test) are eligible. At present, there are around 4 lakh government teachers including contractual teachers.

In another short notice question, education minister said the government had started the process of transferring money to students enrolled from class 1 to 8 in government schools via direct beneficiary transfer (DBT) to purchase course books from this year by replacing the old practice of distribution of books after printing them through government agencies. “ Transfer of money to school students via DBT for purchase of books is proving much useful and fast, unlike previous times when the distribution of books used to get delayed for months,” said, the minister.

Intervening at this point, deputy chief minister Sushil Kumar Modi too emphasised how the DBT method had proven to be much easier.