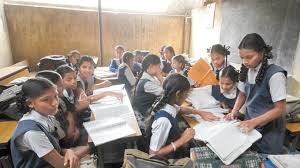 Indeed, Nitish Kumar is willing to walk the talk. “The government will provide a grant of Rs 2,000 at the birth a girl child in the family. Another Rs 1,000 would be provided once the girl’s Aadhaar registration is done. It will be followed by another incentive of Rs 2,000 after completion of all immunisation procedures of the girl. This is in accordance with Mukhya Mantri Kanya Utthan Yojana (Chief minister’s scheme for development of girls),” said the Chief Minister.

The scheme, a brainchild of Nitish Kumar, is applicable to all irrespective of caste, family income or religion. In addition to this, the girls clearing intermediate examination (+2) and who are not married would get a one-time incentive of Rs 10,000 from the government.

Another Rs 10,000 will be provided as incentive to a girl if she acquires a graduation degree. Nitish Kumar’s total package announced for a girl child in Bihar is Rs 25,000. This is in addition to the raise in the government’s allotments for uniforms, cycles and sanitary napkins.

Though Nitish Kumar’s government has already approved the proposals in an earlier Cabinet decision, the Chief Minister once again drove the message across recently on the occasion of Independence Day celebrations.

Although the Chief Minister did not mention the falling sex ratio of Bihar, it is surely a cause of concern for the state. The jarring irony is that while Bihar has highest birth rate (26.4 for state against India’s average of 16.8 in urban regions to 21.8 in rural regions), the state has a declining sex ratio. Bihar’s sex ratio has gone down from 910 per 1000 males in 2011, to 900 now.

It is even worse in urban Bihar where only 865 girls are per 1,000 males. Proportionately speaking, Bihar has fewer girls than what it had a decade ago. It leads to another shocking observation: more girls are allowed to born in villages, and not in cities of Bihar, where ironically, the educated and elites stay.