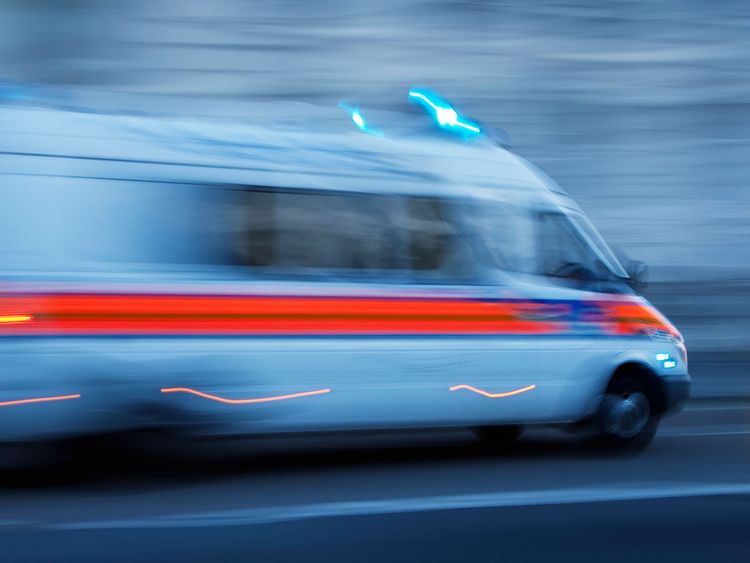 Patna: Bootleggers have gotten innovative while smuggling alcohol into “dry” Bihar. The state imposed a total prohibition, banning the sale, consumption and manufacture of liquor three years ago.

On Friday, police seized an ambulance that was transporting 33 cartons of foreign liquor, sirens blaring and with the emergency light on, in a bid to mislead cops. The incident took place in Patna, the capital city of Bihar.

Police received a tip-off that a huge consignment of liquor was being supplied in the Raja Bazar area of the state capital through an ambulance. A team of police put a barrier on the road and began checking vehicles passing through the route in the wee hours of Friday.

However, as soon as the ambulance driver saw the police checking vehicles, he switched on the siren and asked other vehicles to give way saying the condition of the patient was critical. However, when the police checked inside the vehicle, they found no one inside.

Finally when they removed the bed sheet from the back seat where the patient was believed to have been laid, police found as many as 33 cartons of foreign liquor. The cartons had been placed in such a position that they gave an impression of a patient lying on the seat. Each bottle contained 750ml of liquor.

The police arrested the driver, and based on his testimony, the police recovered 15 cartons of liquor from the house of a smuggler.

In March, police seized a container truck with Dak Parcel written on it in bold letters. However, when the police checked, they stumbled upon 370 cartons of liquor.

Similarly, in Kaimur district, police busted a gang that had been smuggling liquor in tubes used in tyres of big vehicles. Another man was caught filling liquor in cycle tubes and wrapping them around his stomach and chest.

In Gopalganj district, the station house officer was arrested for selling liquor from his police station. He had converted his official residence into a virtual storeroom.

In the initial days of the liquor ban, the police found a gang that was running an illegal business from a Hindu temple in the Munger district. The gang would store liquor bottles in a bunker dug inside the temple dedicated to the deity Durga and then stealthily supply alcohol to clients.

The ingenious mind of criminals was on display when police arrested two people who were using a cash van bearing the sticker of a nationalised bank to transport liquor. The incident took place in the Darbhnaga district.

The most interesting incident took place in Patna where the police arrested a man identified as Avinah Kumar alias Monika Kumari who used to run the liquor business dressed up as woman. He would dress up as woman, wearing saris, a bindi, jewellery, eyeliner and glossy lipstick and did his business with ease.

As per an official report, more than 3 million litres of liquor have been seized during raids conducted in the aftermath of prohibition. Apart from this, 130,000 people have also been arrested and sent to jail for violating the liquor ban.