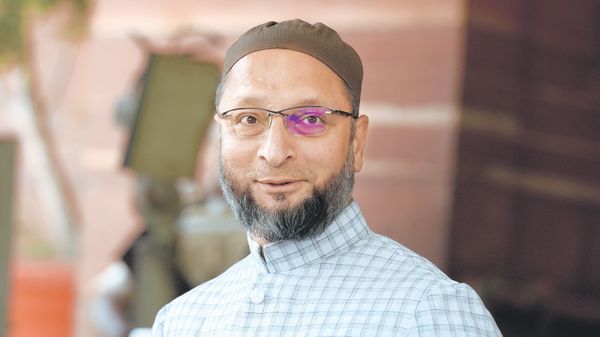 HYDERABAD : After winning two new seats in the just concluded Maharashtra assembly elections and the Kishanganj assembly segment in the Bihar by-elections, the Hyderabad-based All India Majlis-e-Ittehadul Muslimeen (AIMIM) has now set its sight on the upcoming Bihar and Jharkhand state polls which will be held next year.

AIMIM, led by member of parliament from the Hyderabad seat Asaduddin Owaisi, is all set to contest a chunk of the seats in both states, which might change the political landscape, especially for the Congress (which relies on minority or Muslim votes). In Maharashtra, the AIMIM contested 44 assembly seats and managed to win the Malegaon and Dhule City seats, getting about 7.4 lakh votes. It was an increase from the 5 lakh votes in the 2014 pols, where it contested 24 seats.

In the Kishanganj bypoll in Bihar, the AIMIM’s Qamrul Hoda won the seat with a margin of over 10,000 votes the BJP’s Sweety Singh. More interestingly, the Congress lost its deposit, getting just 25,825 votes, indicating a shift among Muslims voters. The seat falls under the Seemanchal region, which is one of the most backward areas In Bihar.

“Right now we are focussed on building our organizational strength. We had 1.5 lakh members and that may not go up to five lakh, and our aim is to have 15 lakh members across Bihar till December. The voters in Seemanchal and other areas now have faith in Barrister (Owaisi), who has raised various issues of ours in the parliament. Minority areas in Bihar are the most deprived from decades,” said Adil Hassan, leader of AIMIM’s youth wing in Bihar.

Hassan did not say how many seats the AIMIM plans to contest in the Bihar state polls next year. Another AIMIM leader, who did not want to be quoted, said that in the 2015 elections, the party had contested in just six seats of the 24 in the Seemanchal region, and that a decision will be taken on the final tally later for both Bihar and Jharkhand. “We will be contesting in Bihar for the first time, and will also put up tribal candidates,” he added.

While the AIMIM lost both the Byculla and Aurangabad Central assembly seats (which it won in 2014), the party would have won a few more had its alliance with the Prakash Ambedkar-led Vanchit Bahujan Aghadi (an alliance of Ambedkar’s Bharipa Bahujan Mahasangh and other caste/community organizations) gone through. The VBA, which managed to get significant deposits in some the 250-plus seats it contested (like Aurangabad Central), however, did not win any seats.

“The Nationalist Congress Party (NCP) and Congress would have won some more seats had the VBA and AIMIM not been in the fray. This very much goes much in line with what Owaisi said during the results of the 2019 general elections, that the myth of the Muslim vote bank has been broken. He said that if there is any vote bank, it is the Hindu vote bank (with the BJP),” said political analyst Palwai Raghavendra Reddy.

Reddy added that the results of the Maharashtra state polls and the Bihar bye-poll will only help Owaisi and the AIMIM in expanding across the country. “He will go ahead with his plans, and it is to be seen how the opposition and Congress will deal with that situation,” he opined.