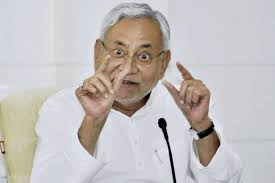 Patna: As a pre-poll gift, the Bihar lawmakers will be entitled to purchase residential plots of two kathas each at a rate fixed by the state government. The Bihar State Cooperative Federation and Bihar Land Development Bank will be the nodal bodies to make available the required land in Ashiananagar area of the state capital to the Swablambi Grih Nirman Sahyog Samiti headed by state Parliamentary Affairs minister Shrawan Kumar. Bihar cooperative minister Rana Randhir is its secretary and BJP legislator Sachindra Kumar is its treasurer.

The rush among the lawmakers to get a house in Patna emanates from the fact that many of them are not sure to return to the state assembly in the changed political scenario after the 2019 Lok Sabha elections. Many of them may not be repeated as candidates by their respective political parties.

A residential colony of legislators of Bihar already exists near the veterinary college which is home to veteran leaders like Radhanandan Jha, Lalu Prasad Yadav, Rabri Devi, Ram Vilas Paswan, Raghuvansh Prasad Singh, Abdul Bari SIddiqui, Nand Kishore Yadav and others. But several plots in this cooperative were sold to other legislators, exchanged and put on rent in utter violation of the cooperative society’s rules.

The plush government bungalows would be allotted according to constituency numbers of the members. Many legislators, who used to stay outside on rent ever since the old residential flats were demolished, would be given possession by December this year.

There was a windfall for legislators in November last year when the Nitish Kumar government had approved 33 per cent hike in their salary and substantial increase in their allowances, making their salary structure no less attractive than the industry’s Chief Executive Officers (CEOs).

At present, the Bihar lawmakers are entitled for a basic salary of Rs 40,000 per month, besides constituency allowance of Rs 50,000, stationary of Rs 10,000 and Rs 30,000 per month for keeping private secretaries. They are also entitled to travel coupons worth Rs 3 lakh per year and vehicle loan up to Rs 15 lakh.

The government had also enhanced the pension amount of former lawmakers. Former legislators with one year tenure in the legislature get monthly pension of Rs 35,000. Their pension amount increases at Rs 3,000 per month for every additional year served as legislators.

The legislators continue to get monetary benefits despite the fact that quite many of them own huge assets running into several crores. According to a report by the Association of Democratic Reforms (ADR), altogether 162 out of 243 MLAs of Bihar are crorepati. Of them, 14 have assets over Rs 10 crore.