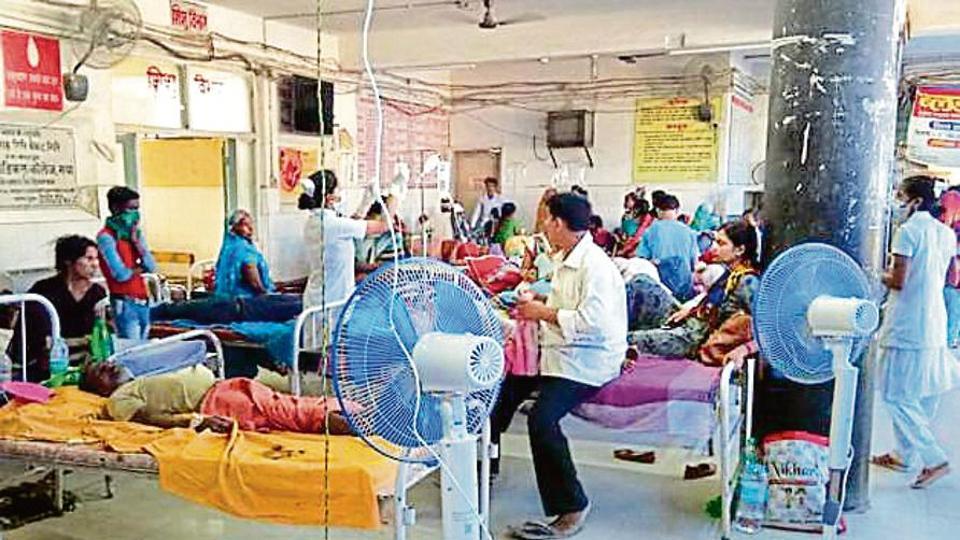 Acute Encephalitis Syndrome (AES), the mystery disease that has claimed lives of 156 children across Bihar so far, has claimed four more lives during the last 24 hours, taking the toll to 160, health officials said.

Spread of AES from the state’s north to south is a matter of serious concern for the health department, which is already under fire for failing to contain AES deaths as the disease has been recurring every year during the extreme summer and causing much devastation.

Chief minister Nitish Kumar, while expressing serious concern over the death in the state assembly two days back, had said that experts from across India and even US had come up conflicting and incomplete findings on causes that lead to AES among children in Bihar.

ANMCH officials said at least six children were brought to the hospital, of which four showed AES symptoms while two were brought dead in the last 24 hours. The deceased, who were referred by primary health centres, were being treated for AES, official said.

Another one died on way to Patna.

Officials said that rest three patients of suspected AES are still undergoing treatment at the ANMCH and their conditions are said to be stable.

ANMCH superintendent Dr Vijay Krishna Prasad said blood samples of all the patients had been sent to the Rajendra Medical Research Institute in Patna for laboratory tests to ascertain the type of the disease. “At present, we have identified symptoms of Japanese encephalitis and AES, but the same can be confirmed only after the RMRI tests. We can just call it suspected encephalitis cases,” the ANMCH superintendent said.

He, however, said that the medical college is well equipped to counter the menace. “We have already created 30-bed ICU attached to the paediatric ward for AES patients. Besides, we have adequate medicines and experts to handle such cases,” the superintendent said.

Since JES generally strikes in a big way after the first showers across the Magadh division, the health department had earlier chalked out strategy to combat the situation. “There would no Muzaffarpur-like situation here as we are on high alert and patients are being promptly attended upon,” a health department official said.

“The Bihar government has announced Rs 50,000 compensation to the families that have lost their kids to AES. We are now preparing the patients’ records,” the superintendent said.

Meanwhile in Muzaffarpur, the epicentre of the disease, 24 AES afflicted children are currently undergoing treatment at the SKMCH while one is being treated at the Kejriwal Maternity Clinic.