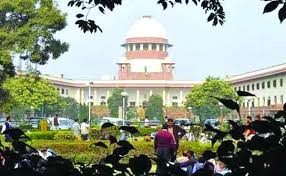 The Centre told the Supreme Court Wednesday that it was proactively providing all support to Bihar in containing and managing Acute Encephalitis Syndrome (AES) in which more than children have died.

In an affidavit filed on a plea seeking measures for containment of the disease, the Centre said Union Health Minister Harsh Vardhan had visited Bihar on June 16, to review the situation in Muzaffarpur.

It said that after the visit several decisions were taken including construction of a 100 bed Paediatric Intensive Care Unit (ICU) at SKMCH hospital in Muzaffarpur by the state government in one years from the funds of National Health Mission (NHM).

“The land for the same (100-bed Paediatric ICU) is available in the premise of the SKMCH hospital and will be provided by the state,” the affidavit said.

It said a decision has been taken to set up five virology labs in different districts of the state from the NHM funds and the location of the districts will be decided in consultation with the state government.

Detailing further decisions taken, the Centre said: “In the adjoining districts, 10-bed Paediatric ICUs to be setup so that such cases can be treated early and there is no unnecessary load on the facilities available at SKMCH. Funds for this are to be provided through NHM.”

The ministry said that to enable early detection and treatment of the hypoglycemia cases, a dedicated team of doctors will be placed in endemic Primary Health Centres with required facilities, at least for three-four months before and during expected onset of disease.

“As for present, the concerned PHCs and CHCs (Community Health Centres) should take prompt corrective measures for hypoglycemia at the facility itself to utilize the golden hour”, the affidavit said.

It said that a Super Speciality Block is being constructed at SKMCH hospital, Muzaffarpur and it would start functioning by first week of December.

Besides these steps, the affidavit said that Ministry of Earth Sciences has been requested to upgrade its IMD Observatory facility for improved monitoring of climate related parameters such as temperature humidity, rainfall and share it with the state government for better preparedness and management of AES.

It said the minister has decided to constitute inter-disciplinary, high quality research team for ascertaining the case of AES with specific reference to Muzaffarpur.

“The vacant positions of district epidemiologist and entomologist in Muzaffarpur to be filled up immediately by the state government,” the health ministry said added that health is a state subject as per the Constitutional provisions.

The apex court is hearing a petition filed by advocate Manohar Pratap who has said that he was deeply “pained and saddened” by the deaths of more than 126 children, mostly in the age group of one to 10 years, in Bihar due to AES.

Besides Centre, the apex court had also asked Bihar government to file its response on the issue.

In a shocking revelation about medical care facilities in Bihar, which is facing an outbreak of acute encephalitis syndrome, the state government Tuesday told the Supreme Court that there are only 5,205 doctors in government-run health centres against the sanctioned strength of 12,206.

The state government, in an affidavit filed in the apex court, said that only 5,634 nurses were there in government run hospitals and health centres against sanctioned strength of 19,155.

The court had on June 24 directed the state to apprise it about the status of public medical care facilities, nutrition and sanitation within a week in view of deaths of over 100 children in Muzaffarpur due to the outbreak of AES.

Regarding AES cases, the state government said 824 cases have been reported and the number of deaths was 157.

It, however, said that it was not known whether 24 deaths out of 215 cases were due to AES.

“State of Bihar had already taken all possible steps to prevent the spread of the disease by providing additional medical facilities at the affected region, public awareness campaign at the village level, involving various agencies to assist the government etc,” it said.

Symptoms of AES include high fever, convulsions and extremely low blood sugar levels. Among the factors said to trigger the syndrome are malnutrition.

Litchis grown in Muzaffarpur, the country’s largest litchi cultivation region, are said to contain a toxin which can cause a drop in blood sugar levels if consumed by a malnourished child.