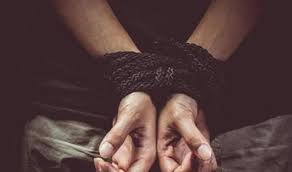 A nine-year-old homeless girl, who was bundled into a plastic sack after being sedated, was rescued by the police from her kidnapper early on Sunday, officials said on Monday.

Police have arrested the accused and sent him to judicial custody, according to officials. The accused was identified as 22-year-old Sajan Ansari, a resident of Hindpiri locality, police said.

“The accused seemed to be a thief. He could have engaged her in illegal trade,” Kotwali police station in-charge SN Mandal said.

Mandal said a team was on a regular patrolling duty late on Saturday when they found the girl.

“Around 12.45am, the patrolling team reached the Albert Ekka Chowk. Local rickshaw pullers informed the police that a man was carrying a sack on his back in a suspicious manner,” Mandal said.

As the patrolling team chased the man and caught him, they heard a muffled sound of a child crying and found the girl inside the sack as they opened it. Locals, including rickshaw pullers, jumped at the accused and started beating him. However, police saved him from the crowd and took him to the Kotwali police station.

The girl told the police she slept under a shed near Albert Ekka Chowk, the city’s main square, after collecting waste with her grandmother. “I do not know when I was put in the sack,” she said.

Police suspect the girl could have been sedated by Ansari before packing her in the sack. “The girl might have lost her sense and the man filled her in the sack,” Mandal said.

Police have lodged a first information report (FIR) against Ansari under section 363 (kidnapping) and section 370 (trafficking) of the Indian Penal Code (IPC) and sent to jail, Mandal said.