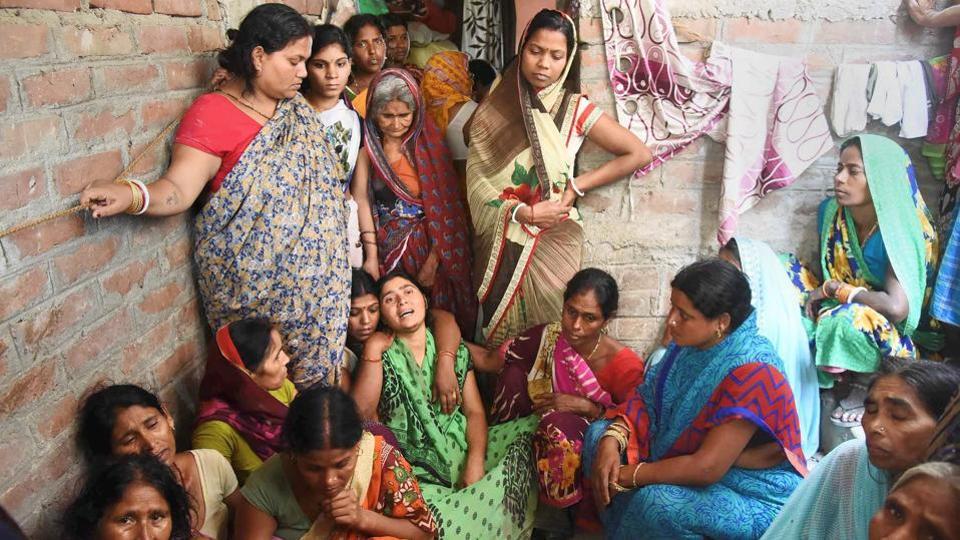 At least two children, including a seven-month-old girl, were killed and five people injured in Bihar’s Patna after a wall of an office building collapsed on a hut following heavy rains on Tuesday night, officials said on Wednesday.

The incident took place at about 9.45pm on Tuesday, when a portion of the 8-feet high and 70-feet long compound wall of the office of Bharat Sanchar Nigam Limited’s (BSNL) deputy director general fell on the nearby hut owned by Suresh Malli.

According to the police, the wall caved in due to heavy downpour near R Block under Sachivalaya police station area in the state capital. Patna received nearly 110 mm of rains from Monday morning till Tuesday evening.

“All the families have been contacted. I personally interacted with them, visited the accident site and gave Rs 4-lakh cheque to each of the two families,” Patna’s district collector Kumar Ravi said.

Ravi said three of the injured people were immediately rushed to Patna Medical College and Hospital (PMCH) for further treatment and they will be closely monitored. He added that he has directed PMCH to provide free treatment to the injured.

Eight people were sitting inside the hut while Suresh was outside and his wife Bilaiya Devi was cooking. Locals rushed to the spot after they heard their cries and raised an alarm.

Rescuers also reached the accident spot to remove the collapsed portion of the wall with the help of an earth moving machine.

Local, however, alleged that the rescue operation was started late leading to the death of the two children who died under the debris. They said the wall was old and in a dilapidated condition.

“We had earlier complained about the poor condition of the wall but authorities didn’t pay heed to our complaints,” Anil Kumar Singh, a resident, said.