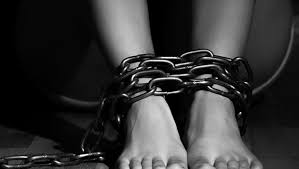 Morigaon Police have rescued 18 persons, including three babies and 10 minors, in a joint operation with the CID, on Sunday, 13 from East Champaran district of Bihar and five from Guwahati.

Swapnaneel Deka, superintendent of police, Morigaon, said, “Two persons from Bihar — Dipak Kumar and Anil Kumar — from Piprakothi and Katua respectively, have been arrested in connection with this on Sunday from Bihar and brought to Assam along with the victims. Interrogation is going on.”

Based on a tip-off, the police conducted a raid in East Champaran district of Bihar and rescued 13 trafficked persons from there on Sunday.

The other five victims were rescued on Wednesday from Kamakhya railway station here. All of them were minors.

“Two local residents have also been arrested. They were associates of the two accused, Dipak and Anil and are also being questioned,” Deka said.

Eight victimsare from Morigaon, one each from Nagaon and Golaghat districts, while the remaining eight are yet to be identified.

Barpeta police on Saturday recovered a 15-day-old girl, Bilkish Prabin, who was stolen on Friday night.

A police source said, “Imam Ali, Obaidullah Hoque and Nurjahan were arrested in connection with the alleged kiddnapping case on Saturday from Hajo, Kamrup district. One is still absconding. We are interrogating the arrested persons and hope to arrest all of them soon.” The police got a tip-off that the kidnapper was planning to sell the baby to a couple at Hajo in Kamrup and a search operation led to the arrest of the trio. The baby was sleeping with her mother at their residence at Bahmura in Barpeta when she was kidnapped on Friday night.

A minor girl from Assam was saved from being trafficked after a co-passenger from Bengal’s Raiganj heard a conversation between the teenager and her companion in a bus that aroused his suspicion and prompted him to act.

The 17-year-old girl has been handed over to NGO Childline in Raiganj, from where passenger Subhradeep Bhowmik hails, and police in North Dinajpur are trying to contact her family in Assam so that she can be sent home.

The girl has told the police that like her, the youth accompanying her was from Assam’s Rangiya and had promised to marry her.

“I feared my family would not accept the relationship. So, we eloped a few days back and reached Siliguri. From there, we took a bus to Raiganj. I did not have any idea where he was taking me,” said the girl.

“During the journey, I overheard snatches of their conversation, which roused my suspicion,” said Bhowmik.

As the bus reached Kishanganj, the youth hurriedly got off. “He did not return. The girl told me the youth had taken her cellphone and cash,” Bhowmik said.