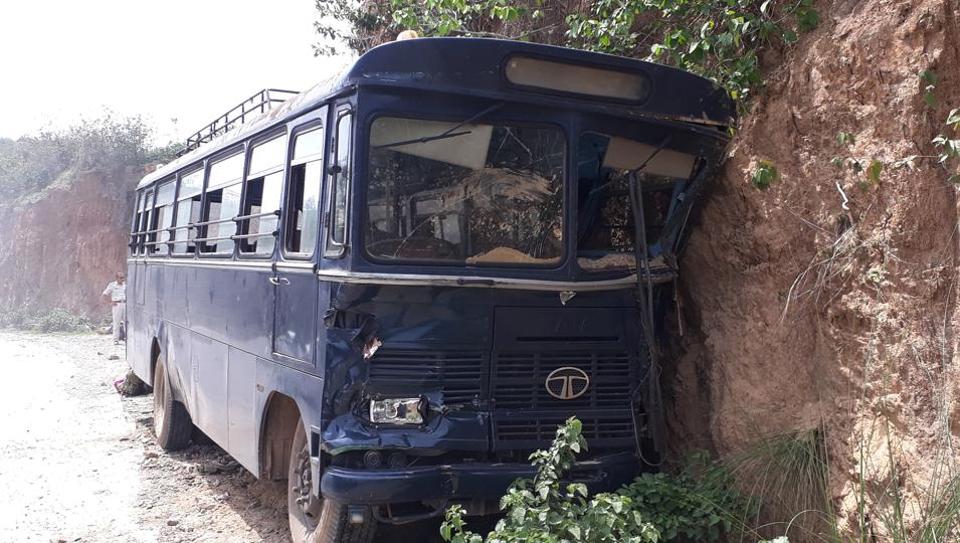 Fifteen Jharkhand armed police personnel were injured when a bus carrying them to Deoghar from Ranchi lost control in Sikidiri valley under Rajrappa police station on Saturday morning, about 40-km from Ranchi.

Four personnel received serious injuries and were admitted to Medanta hospital in the state capital. The rest 11 jawans were admitted to Rajendra Institute of medical sciences (RIMS) where they were undergoing treatment.

The driver of the vehicle carrying lost control while taking steep turn in the valley and was about to turn turtle when it dashed against the sidewalls of the rock. The front side of the vehicle was badly damaged.

According to information, there were 52 armed jawans in the vehicle that was on its way to Deoghar. The security personnel were being transported from JAP-2 to assist the security arrangement of the month long Shravani mela to begin on July 17 in Deoghar.

The deputation of the police was made on the request of the Deoghar administration and the security personnel had left JAP-2 around 6:30 in the morning.