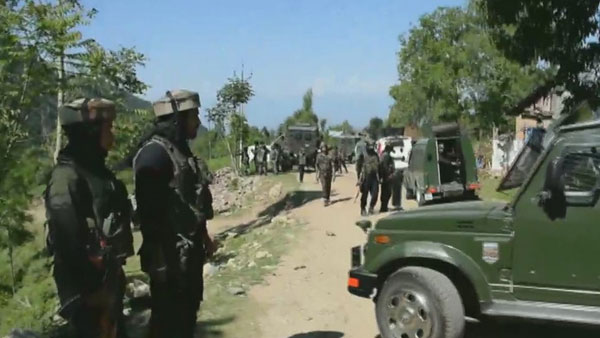 New Delhi, June 26: In less than one year, the National Investigation Agency has picked up a terrorist of Bengal origin from Bengaluru, Karnataka.

On Tuesday, an absconding accused in the Burdwan blast case was arrested by the NIA from Doddaballapur near Bengaluru. In August 2018 the NIA had arrested one Mohammad Jahidul Islam alias Kausar from Ramnagara near Bengaluru in connection with the Bodhgaya blasts case.

Both of them belong to the Jamaat-ul-Mujahideen, Bangladesh or JMB, a group which is extremely active and also has its roots in West Bengal. It may also be recalled that in January 19 2018, two more persons Abdul Karim and Mustafizur Rehman were arrested from the labour camp of Bengali speaking persons in Mallapuram in Kerala. Both were also of Bengal origin and were wanted in connection with the Bodhgaya case.

When Islam was arrested, the NIA found some electronic devices besides traces of explosives. He is a top leader of JMB in India and is wanted in Burdwan blast case and in many other cases in Bangladesh also. He is the master mind of the Bodhgaya case, the NIA had said.

Tuesday’s arrest from Karnataka is connection with the Burdwan case. The case pertains to a major bomb factory in Burdwan which was busted following an accidental blast. The NIA learnt during the investigation that terrorists of the JMB were preparing bombs in large numbers and had planned on smuggling them into Bangladesh and carry out a series of blasts. The NIA has been probing the case since late 2014 and there are still many absconding accused yet to be arrested.
The accused, Habibur Rehman was arrested from Bengaluru by the NIA.

Rehman was charged in this case for his direct involvement in the conspiracy of Jamaat-ul-Mujahideen Bangladesh (JMB) to wage war against Government of India and Bangladesh.

Rehman was a close associate of senior JMB leader Jahidul Islam alias Kausar. He was also associated with other JMB leaders like Rahamatullah and Moulana Yusuf. He was an active member of JMB, Bolpur Module in West Bengal. He had attended a number of training camps conducted by JMB.

Intelligence Bureau officials tell OneIndia that this is not for the first time that terrorists have come down South to hide. There have been several such instances reported in Kerala and Hyderabad as well. They tend to mix with the migrant population including the Rohingyas and continue to stay on in states such as Telangana, Kerala and Karnataka.

In Mallapuram, the members of the JMB were staying at a camp for a long time which was set up for Bengali speaking people. Even in Karnataka, their activities go unchecked as they tend to mingle with those who have migrated in search of work. There is also a concern with regard to the Rohingyas who have moved to various parts of the country in large numbers, including Karnataka. These terrorists often use such persons as a shield and use such states as a safe haven.

The Bengal-Bengaluru connection is not restricted to terror alone. There has been a dedicated route between these two states which has been busted by the NIA which probing a case relating to fake currency.

The NIA’s Hyderabad wing had in March 2018 arrested Saddam Hussain, a resident of Bengaluru who was found in possession of fake currency to the tune of Rs 26,000.

The NIA team also recovered two demonetised currency notes of the value Rs 1,000. The accused was allegedly circulating fake currency in various parts of his country after obtaining it from his contacts in Mada, West Bengal.

During investigation it was revealed that accused Saddam had travelled to Malda from Bangaluru on the instructions of Amirul Hoque and collected High Quality FICN from Roustam on four occasions.