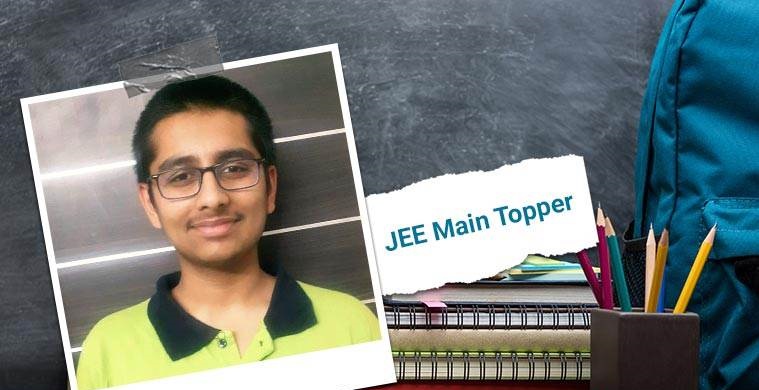 JEE Main 2020: “I will work for the nation’s development, maybe as a civil servant or as a researcher”. Unlike most of his peers, JEE Main 2020 topper from Rajasthan Parth Dwivedi is keen on pursuing higher education in India and not abroad. Parth topped the JEE Main from Rajasthan along with nine others, who scored perfect 100 percentile this year. The 17-year-old aims to pursue Computer Science from IIT Bombay.

According to Parth, his mother’s selfless service to the nation as a police officer inspired him to work for the country. “I grew up seeing my mother’s tireless service for the nation. Whether it is early morning or late at night, my mother was always dedicated to the service,” said the topper.

Regarding his preparation for JEE, Parth said he followed the tutorials provided by Allen Career Institute, Kota, and appeared for the mock test series. For textual references, Parth followed the Physics book by HC Verma, IE Irodov and Maths book by Sen and Ghosh.

Though Parth is delighted about his performance, his sole focus is now on JEE Advanced. “The JEE Advanced tests a student’s concepts, speed, and accuracy. I will continue with the preparation of JEE Advanced along with boards,” the topper said.

The JEE Advanced is scheduled to be conducted on May 17, 2020. The National Testing Agency (NTA) will release the rank after the April exam. For candidates who appeared in both the sessions, the best score will be counted in preparing the rank, as per the rule of NTA.