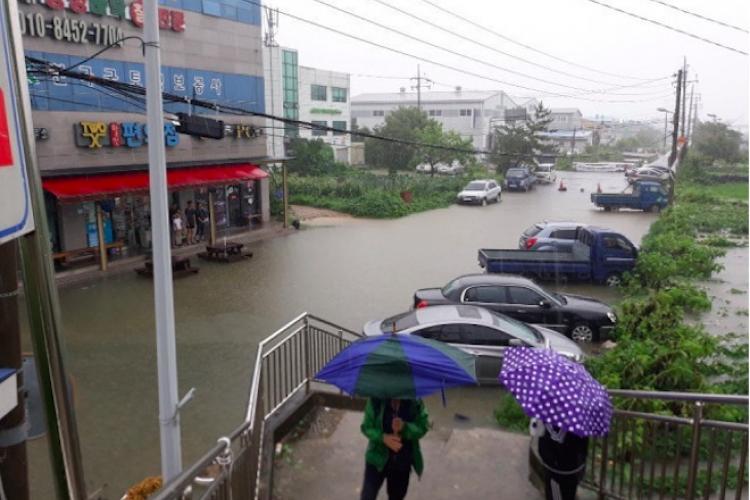 Typhoon Danas ripped through the Korean peninsula this weekend leaving behind a path of destruction around Busan.

According to the Korea Meteorological Administration, the total average rainfall in Busan has reached 237.7mm from 7 am to 5 pm on the 21st.

Here’s what we know about the storm according to local media reports:

– No casualties were reported due to the storm in Busan but a 62-year-old man was reportedly found dead in a stream in Geochang, South Gyeongsang Province. Nine people were evacuated from a residential apartment complex.

– Some roads in Dongnae, Oncheonchun and Geumjeong-gu are still under police control due to flooding and damage.

– The hill in front of the Yeondaebong Ecological Tunnel in Cheonseong-dong, Gangseo-gu collapsed, causing a mudslide on the road.

– Large potholes occurred at the Garakbonglim Underground Car Park in Gangseo-gu and the road to Cheil Jedang, opposite the Saha Police Station.

– Many building exteriors collapsed, including at Gaya market and a villa in the central Chuncheon district in Yeonje-gu.

– Electricity was cut-off in parts of U-Dong, Haeundae-gu for 15 minutes after a tree branch took out a power line.

– Local beaches were covered in garbage, plastics, seaweed and waste after large waves deposited them from the sea.