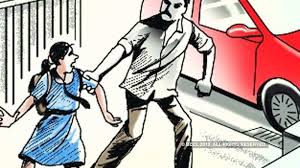 The child lifting hysteria that has gripped parts of Jharkhand hinterland in the recent weeks may have its roots in the vulnerability of children to traffickers and kidnappers prowling the interiors of the State, police officials working at the grass root level said on Friday.

At least 40 incidents of commoners being thrashed on suspicion of child lifting have been reported from different parts of Jharkhand in the past one week. While a majority of the victims survived the vicious attacks by enraged mobs, a middle-aged man from Ramgarh succumbed to his injuries on Wednesday. At least five such cases were reported in Ramgarh district alone in the past 15 days and the police have arrested five persons accused of spreading rumours about child lifters and instigating attacks.

The latest incident in the series of mob attacks here was reported from Jamtara on Thursday, where a middle-aged man was thrashed on suspicion of kidnapping a child who eventually turned out to be his own son.

The victim, identified as Pintulal Barman of Gedia village under Bindapathar police station was waiting for his bus to Dhanbad at a local bus stand when his younger son, a six-year-old, started throwing tantrums and crying for snacks. The onlookers suspected him to be a child lifter and thrashed him without paying heed to any of his explanations.

“We are regularly holding awareness campaigns in villages. The situation is so alarming that infuriated mobs even beat up the people who try and stop the attacks,” said Ramgarh Superintendent of Police, Prabhat Kumar.

Besides Ramgarh, several such incidents have been reported from Bokaro, Koderma and Hazaribag districts, police said. However, the fear among villagers that they may lose their children to child lifters appears legitimate given the situation of human trafficking and child labour in Jharkhand. As per figures mentioned in the official website of Jharkhand Police, as many as 864 children are traceless in Jharkhand. They went missing and were never found.

As per data with the Criminal Investigation Department (CID), 2,489 children were reported missing from 2013 to 2017. “We often see that the families that lose a child to traffickers become extremely aggressive about protecting the other children,” said an official from Anti Human Trafficking Unit (AHTU) in Khunti.

Child trafficking seems to be another reason that has instilled fear among villagers here. According to the latest National Crime Records Bureau (NCRB) report released in 2016, at least 155 people, including 90 minors, were trafficked from Jharkhand in 2015. However, activists beg to differ with the statistics and claim that the count of children trafficked from Jharkhand is much higher than what the NCRB states.

Activists from Save the Children, an international organization working in the field of child rights, said that the cases of child lifting were quite rare in Jharkhand. Instead, cases of children being lured for work to other cities and children leaving their homes in search of employment were more common, they added.

“We have to understand that there are different categories of missing children. Many children migrate in search of work and go missing, while many are forced to work by their own parents. The cases of child lifting or kidnapping as such are rare. The fear of villagers, however, is justified and social media is blowing it out of proportion,” said Mahadev Hansda, State Programme Manager, Save the Children, Jharkhand.

Hansda also expressed concern over the violence reported in the interiors over suspicion of child lifting, claiming that it may also hamper the work done in the field of child rights by activists and officials.

“I have read that civil-dressed cops have been thrashed in parts of Jharkhand. As activists, we also have to travel to the interiors and work for child rights. This trend is also risky for us,” he said.

Inspector General (Organized Crime), Ranjeet Prasad, however, said that guessing reasons for the recent incidents and drawing inferences based on the situation of child trafficking in Jharkhand may not be a wise move.

“We have to understand that the hysteria has not only gripped Jharkhand, but also other parts of the country. We obviously cannot deny the fact that guardians are protective about their children. But such extremely violent reaction is a matter of psychological study,” he said.