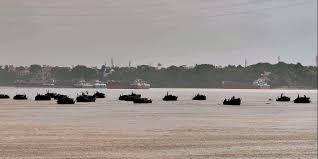 NEW DELHI: The Bihar government told the National Green Tribunal on Wednesday that 17 towns along the Ganga river in the state have been declared open-defecation free (ODF).

Five towns are currently in the process of being declared ODF, it said.

In an affidavit filed before NGT Chairperson Justice Adarsh Kumar Goel, the state government said that 17 towns have been declared ODF.

With regard to liquid waste management, the state government informed the tribunal that a total 26 sewerage infrastructure projects sanctioned at a cost of Rs 5,089.82 crore which are at different stages of implementation in various towns — Patna (11 projects), Begusarai, Munger, Hajipur, Mokama, Sultanganj, Naugachia, Barh, Bhagalpur, Sonepur, Chhapra, Khagaria, Bakhtiyarpur, Maner, Danapur and Phulwarishariff.

These projects will facilitate in treatment of 616.5 MLD of sewage through creation/rehabilitation of Sewage Treatment Plants (STPs), sewerage network and allied Interception and diversion works, it said.

The affidavit was filed after NGT’s May 29 order directing Bihar, West Bengal and Jharkhand to monitor Ganga cleaning and file report.

Letter of acceptance has been issued for four projects — Digha, Kankarbagh, Bakhtiyarpur and Maner while seven projects — Hajipur, Bhagalpur, Begusarai, Chhapra, Danapur, Phulwarishariff and Khagaria — are under tendering stages.

Tender for 1 project (Munger) has been floated and a revised estimate of a project in Buxar is under process.

There are 118 ‘Nallas’ in the Ganga towns, of which 111 ‘Nallas’ have been screened and the remaining are in progress, said the report, filed through advocate Balendu Shekhar.

On the issue of plastic ban, it said that 100 per cent single use plastic (Plastic Carry Bags) have been banned in all the urban local bodies in state of Bihar.

“Penalty provisions have been made for involvement in production, distribution, trading, storage, sale of plastic carry bags irrespective of its thickness and sizes in the respective urban local bodies Plastic Waste Management Byelaws, 2018.

The report said that in the context of Bihar, the polluted stretches are — Ganga, Punpun, Ramrekha, Sikrahana, Sirsa and Parmar.

It also told the tribunal that as per its direction an environmental compensation of Rs 25 lakh has been deposited.

The green panel had said people drank and bathed in the river with reverence, without knowing that it may adversely affect their health. 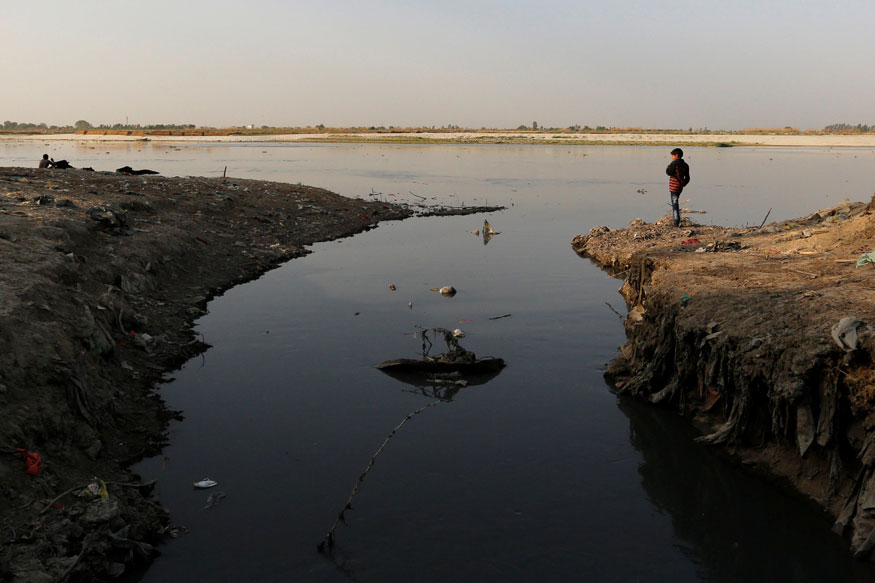 New Delhi: The National Green Tribunal has junked a plea to review its order imposing a fine of Rs 25 lakh on the Bihar government for inaction over continued damage to the river Ganga.

The green panel on May 29 had levied the penalty on Bihar, noting that there is practically no progress in cleaning the Ganga as not a single sewage infrastructure project has been completed.

“We have considered the review application and do not find any reason as to why we should interfere with the impugned order as prayed for by the applicant state. The facts and circumstances set out do not satisfy with requirements contained in the directions referred to in the impugned order as well as the orders preceding those,” the bench, also comprising justices S P Wangdi and K Ramakrishnan, said in a recent order.

The case relates to the cleaning of river Ganga, considering its immense environmental relevance to the country as heavy pollution and contamination has rendered the river water unfit for bathing, let alone drinking.

It refused to agree with the Bihar government’s submission that the action taken by the state had not been placed elaborately before the tribunal.

“In any case, setting up of the sewerage network and construction of the sewage treatment plants is only one of the several actions to be taken by the states…

“It was in these circumstances that the tribunal had observed that the response of the state applicant and other states was deficient and laggardly, leading to the direction for payment of interim compensation,” the bench said, adding that there was “no merit” in the plea filed by the state government.

While imposing the fine on Bihar, Jharkhand and West Bengal, the NGT had also said that discharge of effluents is a criminal offence and directed the Uttar Pradesh government to prohibit any polluting industrial activity instead of partially allowing it.

It had asked the National Mission for Clean Ganga to take remedial action so that assistance of a suitable person is provided to this tribunal with precise information, failing which the tribunal may consider coercive measures against it.

The tribunal also asked the states concerned to take the matter seriously and assist the bench with precise information either through senior officers or through counsel. The green panel had said people drank and bathed in the river with reverence, without knowing that it may adversely affect their health.