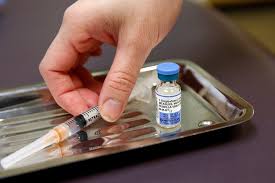 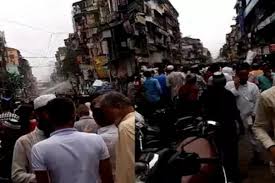 Mumbai: A labourer died when the a building in Masjid Bunder area collapsed on Friday. The labourers were demolishing the dilapidated Sayyad building as it was extremely damaged due to the fire that broke out on August 3. The incident took place at 5pm.

Five labourers appointed by the contractor were trapped under the debris. Reportedly, three of them are safe while two suffered head injuries. The two injured were taken to the state-run JJ Hospital, where one labourer Farid Khan (45) was declared brought dead while; Abdul Shaikh (24) was receiving treatment at the hospital.

As per the disaster management report, “The building was owned by Maharashtra Housing and Area Development Authority (Mhada) and the Mumbai Fire Brigade had directed the state body to pull down the mostly woo-den structure. The Mhada had appointed a private contractor to demolish the building. However, during the demolition the entire building came crashing down.”

Mhada spokesperson Vaishali Gadpale said, “Mhada had appointed a contractor and the demolition work was in process when the building came crashing down. To know the reason behind the tragedy, we will definitely investigate the matter.”

On August 3, a major fire had engulfed the ground floor of the building but was confined mainly to electrical fittings and appliances. While several people were rescued, firemen battled the blaze for nearly two days before it was extinguished.

The building had large quantity of combustible material such as leather purses, plastic sheets etc.