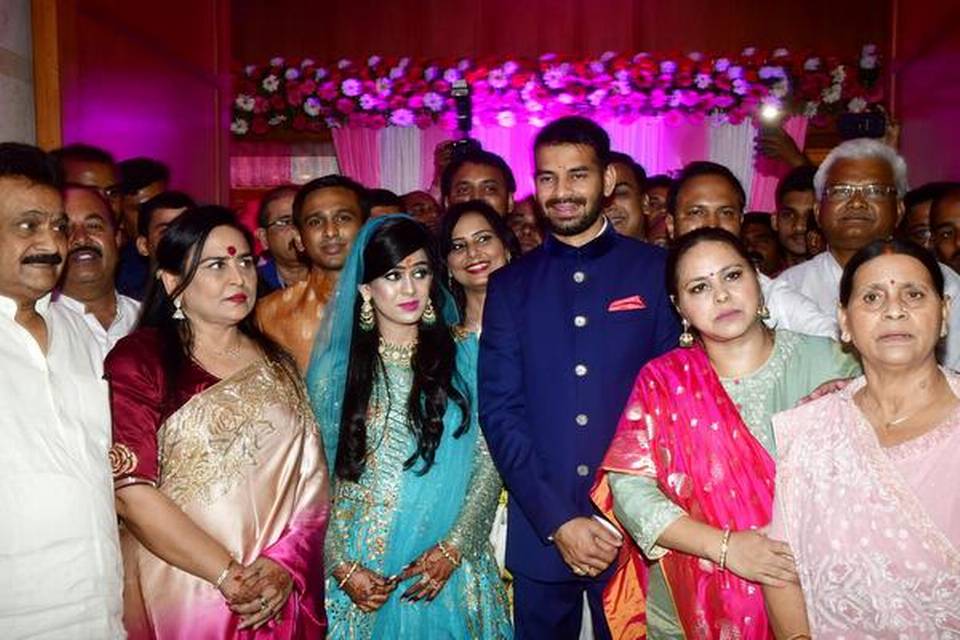 Aishwarya Rai, wife of Tej Pratap Yadav, former Bihar Health Minister and elder son of Rashtriya Janata Dal chief Lalu Prasad, has alleged that her husband was a drug addict and often dressed up like Radha, Krishna and Shiva while claiming to be their avatar.

Mr. Tej Pratap, an RJD MLA from Mahua in Vaishali district, has filed a divorce case against Ms. Rai in a local court in Patna. Both were married in May 2018 in a grand ceremony. However, five months after the marriage, Mr. Tej Pratap filed a divorce petition. Ms. Rai’s father Chandrika Rai is an RJD MLA and her grandfather Daroga Prasad Rai was also Chief Minister of the State.

In her voluminous application under Section 26, seeking protection from the family court under the Protection of Women Against Domestic Violence Act, 2005, Ms. Rai has claimed that immediately after her marriage, she learnt that Mr. Tej Pratap was a drug addict who used to consume ganja (marijuana) and under its influence would claim to be an avatar of Lord Shiva.

Though she tried her best to bring this issue to her in-laws’ notice, they did not help her in any manner. “I did talk to my mother-in-law and sister-in-law regarding Tej Pratap’s behaviour and they assured that he would not behave in such manner any more….my in-laws consoled me emotionally but Tej Pratap’s behavior did not change at all,” she alleged.

“Ganja to Bhole babe ka prasad hai, usko kaise mana karen? (Marijuana is Lord Shiva’s oblation; how can I say no to that?)”, Tej Pratap used to say whenever I asked him to stop taking drugs. “Krishna hi Radha hai, Radha hi Krishna hai’ (Krishna is Radha and Radha is Krishna),” he also used to say, alleged Ms. Rai in a series of pointers in her application.

She also has stated that her husband used to talk poorly of her educational background. “Your English education has no meaning as you’re destined to cook food and create a family,” Ms. Tej Pratap used to say her, claimed Ms. Rai.

Ms. Rai currently resides at her in laws’ place at 10 Circular Road residence of former Chief Minister and her mother-in-law Rabri Devi. “I’m nowhere secure than living here,” she said in her application.

Her father contested the last Lok Sabha election on RJD ticket from Saran parliamentary constituency but lost against BJP’s Rajiv Pratap Rudy. “It is after the Lok Sabha poll result the behaviour of family members of Tej Pratap too changed towards me,” Ms. Rai alleged.

RJD sources told The Hindu that there was a “bitter wrangling” going on in the family these days.