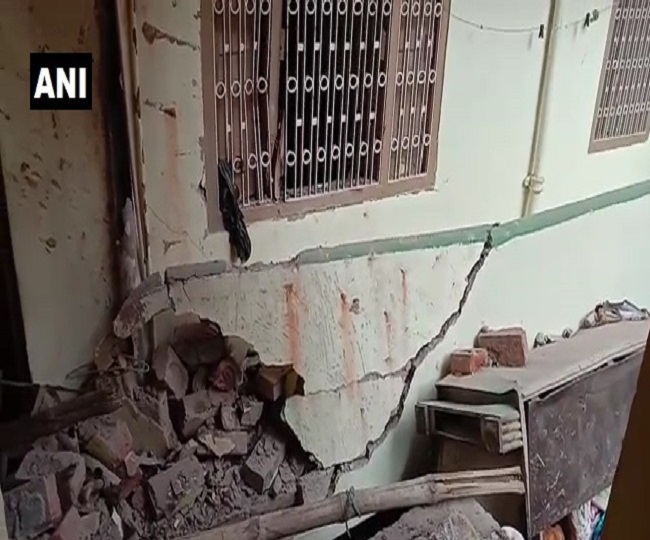 Patna | Jagran News Desk: Seven people were injured in a blast at a house in Bihar’s Patna on Monday, reported news agency ANI. According to initial reports, the blast was so strong that it damaged two houses in the area.

The authorities, including a team of Forensic Science Laboratory (FSL), reached the spot immediately and started an investigation. Reports suggest that the blast occured at a house in the street number one of the Salimpur Ahara of Gandhi Maidan in Patna.

“7 people have been injured in the incident. Doctor has said that they have superficial burns, not blast injuries. The forensics team will be here shortly. Victim has stated that she had gone to heat some water, when the gas cylinder caught fire,” SSP Patna Upendra Sharma, quoted by news agency ANI, said.”It seems a bomb that had been kept at this house exploded, damaging two houses. Injured people have been shifted to a hospital,” he added.

The injured have been admitted to the Patna Medical College and Hospital, and condition of one of them is stated to be serious, said D Amarkesh, City Superintendent of Police (Central).

Amarkesh further said that it may seem like a small LPG cylinder with an oven fitted to it may have exploded while adding that the forensic team is collecting samples to ascertain the exact cause.

However, locals claimed that it was not a cylinder blast but a bomb explosion. Some eyewitnesses said the intensity of the blast was so severe that two adjoining buildings were damaged.

The blast was heard a few hundred meters away, they said.