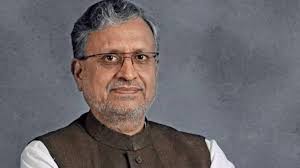 Bihar will have a separate full-fledged medical university to cater to all medical, nursing and paramedical courses.

Announcing this, deputy chief minister Sushil Kumar Modi on Monday said the government was working in this direction and had constituted a four-member committee to explore possibilities to have an independent medical university.

He said the idea was to carve out medical education from the Aryabhatta Knowledge University (AKU), which currently mentors all technical and medical institutions, and to create a separate medical university, which will have under its ambit all medical, ayurvedic, unani, paramedical and nursing colleges. The AKU will then cater to only technical institutes like engineering colleges, added Modi.

Speaking at a function to mark the completion of first year of the Ayushman Bharat universal health scheme, he said Bihar should strive to improve its coverage, both in terms of treatment and issuance of e-golden cards to its beneficiaries.

He said Bihar would open 11 new medical colleges, which would wipe out the shortage of doctors in the next four-five years. At the same time, Modi was critical of the Congress, for opening only four medical colleges in undivided Bihar since independence during the nearly-65-years period it governed the country.

The deputy CM said the Centre was committed to opening 75 new medical colleges in India this year and asked the health minister to avail of the opportunity by giving 20 acre land and making a formal request on a first-come-first-serve basis.

Expressing concern over booming population, he also urged the health department to study the total fertility rate (TFR – child bearing capacity of a woman) pattern in West Bengal, where it was as low as 1.6, whereas the same was 3.2 in Bihar.

Earlier, state health minister Mangal Pandey said the state had to achieve much more than what it had achieved in the first year under Ayushman Bharat. He expressed concern at the fact that only 147 private health facilities were empanelled under the scheme in Bihar against 18,000 private centres in the country.

Highlighting efforts to improve health services in the state, Pandey said the government would issue the tender this week for the ₹5,500-crore project to convert the existing 2,500-bed Patna Medical College Hospital into 5,400 beds over the next seven-eight years. He also said nine district hospitals would be upgraded and 22 others would get CT scan facility.

Earlier, state principal secretary, health, Sanjay Kumar said this would be a year of recruitment for the health department as it would recruit 2,425 doctors in addition to 4,000 general duty medical officers as also 9,130 grade A nurses to tide over the shortage of doctors and nurses.