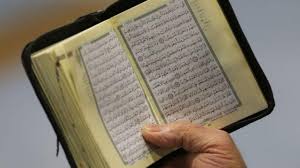 A 19-year-old girl has been asked by a Ranchi court to distribute five copies of Quran as a punishment for posting a communal post on social media. Judicial Magistrate Manish Kumar directed Richa Bharti to donate a copy of the holy book to Anjuman Islamia Committee and rest four to the libraries of different schools and colleges.

Richa Bharti, who is a first year student at a local college, was arrested on Saturday night after a case was registered against her for allegedly sharing objectionable communal content that hurt the sentiments of a minority community.

Her arrest had drawn sharp criticism from the locals. Several Hindu organisations also staged protests, demanding her release. The agitation was doused after an intervention by rural SP Ashutosh Sekhar.

The court granted bail toRicha Bharti only after the two communities mutually agreed upon it and expressed their consent in the court.

Richa Bharti’s lawyer Ram Pravesh Singh has assured that the order of the court will be abided within 15 days, the deadline set by the court.

However, Hindu organisations and local BJP leader expressed their displeasure on the strange decision by the Ranchi court.