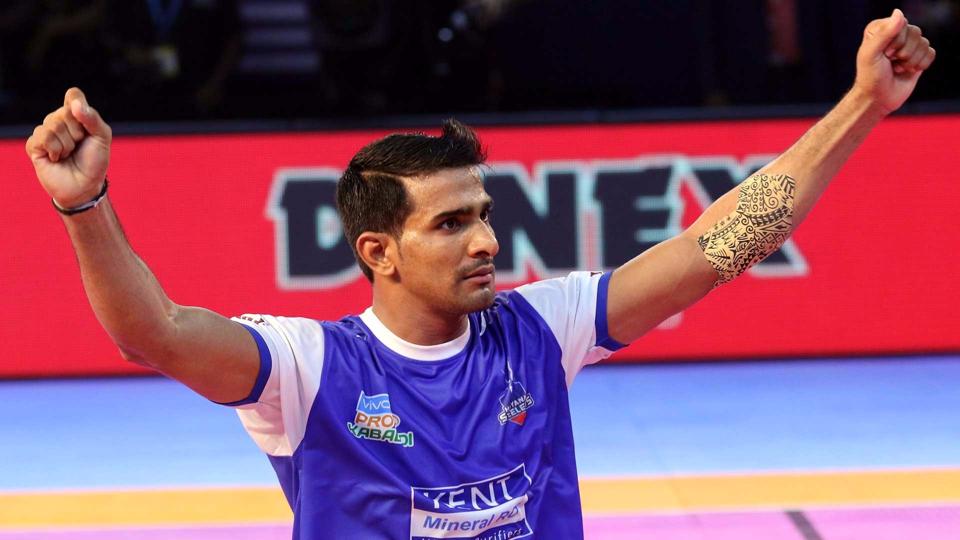 When Patna Pirates bought the star defender Surender Nada for Rs 77 lakh at the auctions this year, it was considered to be a brilliant move. The franchise had won three titles on the trot till season 5, but in season 6, Pirates failed to make it to the play offs, eventually finishing in the fourth spot in Zone B table. The onus of the defeat lied with a faulty and inexperienced defence, which failed to compliment the brilliance of Pardeep Narwal, who, despite being injured, finished as the best raider of the season.

Nada, who is the second-most successful raider of the tournament and registered most tackle points in season (80 in 21 matches), seemed like the ideal fit to cover the left corner position. But unfortunately for Pirates, the Indian international has failed to recover from the injuries that ended his campaign early last year, posing a big question mark in front of Patna Pirates coaching staff.

We are looking into Surender Nada’s injury. There is still one doctor’s appointment left and we will make our decision on it later. The first medical we did, he turned out to be weak and unfit. So it will take time to heal. We will make our decision after the doctor’s report, hopefully he will be fit to play,” Patna coach Ram Mehar Singh told Hindustan Times in an exclusive chat.

Nada has not turned up for pre-tournament shoots and media exchanges, and is still recovering from his injuries back home, which makes it likely that Patna could name a replacement soon. But coach believes it will be better for the team balance to get an allrounder player instead of a specialist defender for Nada.