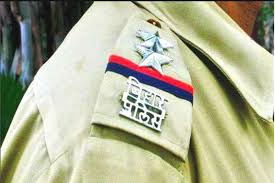 Patna: Amid growing incidents of lynching and deteriorating law and order situation in the state, Bihar police officers are locked in a bitter war of words, reflecting the rot that has set in the state police force over the years.

The state police force has mainly two groups that are at loggerheads.

The reason for the ongoing tug of war is Bihar government’s decision to bifurcate the state police force into two separate wings — the law and order wing and crime investigation wing — down to the police station level from August 15. The Supreme Court had issued an order in 2006 for separating the law and order duty and crime investigation down to the police station level.

Now there have been allegations that a concerted attempt is on to post the patrons of sand and liquor mafia within the police force in the law and order wing, but they want to control the crime investigation wing so that they can run the cartel without any hindrance.

Recently, the state police headquarters had directed to remove at least 386 Station House Officers (SHOs) and Circle Inspectors (CIs) from their posts as they were facing different charges, including moral turpitude, and were accused in cases involving sand and liquor smuggling. Most of them want to get posted in the lucrative crime investigation wing.

A few of them, however, claimed that the charges against them were fabricated and the senior officers did not do justice with them before blacklisting them. In response to the Facebook posts of Bihar Director General of Police (DGP) Gupteshwar Pandey, an SHO had observed that he had been punished due to personal vendetta of his seniors even though he performed his duty with full sincerity.

The DGP, however, said that the grievances of such officers would be heard and taken care of if found to be correct. But the decision to shift them has been taken at the instance of chief minister Nitish Kumar, who has ‘zero tolerance’ on crime and corruption, the DGP said.

The Bihar Policemen’s Association has also taken up the matter contending that some of the officers have been wrongly put in the tainted list. “We will talk to the top officers for rescinding the decision or the working committee will meet on August 25 to chalk out future course of action,” said association president Mrityunjay Kumar Singh.

Against the backdrop of deteriorating crime situation, the DGP had recently revealed on his Facebook that he is not being allowed to work the way he wants to as some of his colleagues are spreading all kind of canard against him, thereby demoralising the morale of the police force.

The anguish expressed by DGP Pandey is a tell-tale story of how policing system in Bihar has been afflicted with deep-rooted casteism, lobbies patronised by senior officers and overall corruption even though some officers stand out in terms of integrity and dutifulness.

Insiders in the police headquarters claimed that the incumbent DGP is opposed by a coterie of senior police officers. His orders on improving infrastructure in police stations and controlling crime were either not obeyed or buried in official files on one pretext or the other.

Chief Minister Nitish Kumar has reviewed the law and order situation twice last month in view of rising incidents of contract and political killings, rapes, abductions for ransom and bank loot in the recent past in Bihar. The leader of opposition, Tejashwi Prasad Yadav, had shot off a letter to the chief minister listing government’s alleged failure on the law and order front.

After coming to power in 2005, Nitish had demystified the myth that crime could not be kept on tight leash in Bihar. Within the framework of law, he focused on quick disposal of cases registered under the Arms Act since the witnesses in all such cases were primarily the policemen. This proved very effective in bringing down the number of pending cases under the Arms Act as scores of accused were convicted at the end of the trials.

The Bihar Police have been facing problems ever since the state government decided to introduce total prohibition and to regulate sand mining in the state. Most of the policemen have found smuggling of liquor and sand as lucrative trade and source of easy money.

Prior to his elevation to the post of DGP, Pandey had launched a personal campaign for implementing the liquor ban policy of the state government. He had addressed altogether 160 meetings in 35 districts in five months to make people aware about the liquor ban.

Policing in Bihar also grapples with the problem of poor police-public ratio as the state has one policeman for every 840 persons. According to the data of Bureau of Police Research and Development, a central agency keeping track of the state and central police forces, Bihar ranked 33rd among states and union territories in terms of police-public ratio as there is a huge shortage of manpower.

Having created investigation and law and order wings, the Bihar government has decided to recruit 24,000 constables, 4500 sub-inspectors and 2000 drivers to fill vacancies in the understaffed police force.