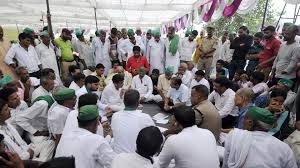 Rattled by the ‘indifferent attitude’ of the state government in fixing 5th and 6th pay commission salary, non-teaching employees of all seven universities and 65 constituent colleges in the state have decided to gherao Chief Minister’s residence on Tuesday.

Jharkhand State Universities, Colleges Non- Teaching Federation (JSUCNTEF), the frontal organisation of non-teaching staff, on Saturday announced that since government did not respond on directive of chancellor (governor) and has been procrastinating, the organisation has been left with no option but to hit the streets.

JSUCNTEF president Anil Kumar said that non- teaching staff have been working for 30-35 years but still are drawing 4th pay benefit. Education department has held up their 5th and 6th pay scale. Though governor had ordered to appoint nodal officer in each university and fix the pay by holding special camp. However, in the last three months no step has been initiated till date.

Anil Kumar said, after gherao of chief minister’s residence, the federation would wait for one week for government’s response and would proceed on indefinite fast at Ranchi.

“Government and its officers of higher education department have become insensitive. Teaching staff of university/colleges are being paid 7th pay scale but at the same time non-teaching staff has been denied the same. Actions of government is prompting employees on agitation path,” he said.

However, a senior official of human resources development (HRD) said that since posts of several non-teaching staff were not sanctioned, they can’t be given benefit of 5th and 6th pay commissions.