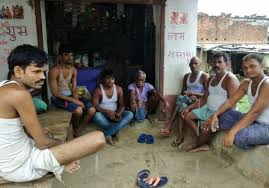 Patna: A village in Bihar has set an example for society by not having any cases registered with the police in the past five decades. The feat is unusual in a state that has reported around 260,000 cognisable offences every year, according to police records.

As per an official report, Bihar has reported over two million cognisable offences in the past 10 years. But Jamua village in eastern Bihar’s Banka district has been an exception.

It’s not that there have been no disputes at this village, home to around 600 people from various social strata. Instead, a five-member committee of villagers sits down and sorts out the dispute. The rare initiative has resulted in no cases registered against any villagers with the local police stations or in the courts.

“Whenever there is any dispute at the village, the matter is instantly referred to us. Then, we sit and discuss the issues with warring sides and finally settle the case right at the village. The police have no role to play in our case,” a village committee member Shailendra Kumar Singh said.

Villagers said the initiative has not only prevented them from making rounds of the police stations and the courts but also helped them save their hard-earned money.

“We all know how the cases have been lingering in the courts for decades. Carrying a legal battle in the courts not only kills a lot of time but also money, so we are happy with the arrangement,” said another villager Pankaj Singh. According to him, they are only carrying forward the practice as set by the village elders.

Last week, the village committee settled a three — year-old dispute in the family of Yugal Prasad Singh over a small piece of land that had resulted in violent attacks in the past.

“Soon after the matter came before us, we called both sides, heard their grievances and settled this years-old dispute. Acting on our appeal, the rival factions have given us in writing that they will not indulge in any unlawful acts in future. Now, they are happy,” added Shailendra Kumar Singh.

The local police have appreciated the initiative of the villagers and asked the other villages to learn from them.

“This is a wonderful initiative which every village should follow. We salute their action,” the local Banka district superintendent of police Arvind Kumar Gupta said.

Another police official Vinod Kumar said there is no record of any case registered against any villagers with the Belhar police station under which this village falls.

According to the National Judicial Data Grid website, over 1.67 million cases were pending in various district courts of Bihar while 145,110 cases were waiting for adjudication in the Patna High Court as of February last year.