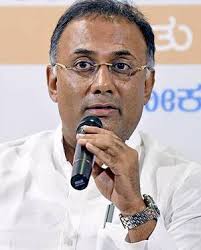 A sea of supporters gave a thunderous welcome to Jharkhand Pradesh Congress Committee’s (JPCC) newly appointed president Rameshwar Oraon amid loud beats of Dhols and Nagadas at the Birsa Munda Airport in Ranchi on Wednesday. Oraon, a former IPS officer, who replaced another former IPS officer Ajoy Kumar at the helm in the Congress party here, was accompanied by the five executive presidents, who will take the reins of the party in their hand along with Oraon in Jharkhand.

Even though the Congress party had to face a humiliating defeat in the Lok Sabha polls earlier this year, Oraon seemed to be oozing with confidence on Wednesday as he walked out of the airport along with his team and greeted the party workers. “Sonia Madam Ki Lalkar, Badlo Badlo Yeh Sarkar (Sonia Madam has challenged to uproot this Government). This will be our slogan for the upcoming Assembly elections in Jharkhand,” said Oraon.

Interestingly, the new team on the driving seat for the Congress party here has representatives from Scheduled Tribe, Scheduled Caste, Minority and even General caste. Manas Sinha, Rajesh Thakur, Keshav Mahto Kamlesh, Sanjay Paswan and Irfan Ansari –made executive presidents of the JPCC to maintain unity among workers and add a new spark of life to the otherwise ailing party—also seemed visibly enthusiastic about the polls.

Oraon admitted that the party has failed to gather all its workers and translate their electioneering into votes in the past. He, however, said that Congress party still found several supporters in the rural areas of Jharkhand and the party will cash on this support. “If you travel to the interiors, you will notice that people are unhappy with the ruling Government and they have a soft corner for the Congress party. I know that if we put in efforts, the results will be visible in the next elections,” said Oraon.

He added that the tribal community in Jharkhand is unhappy with the Government’s constant efforts of making changes to the Chottanagpur Tenancy Act (CNT) and Santhal Pargana Tenancy Act (SPT). “We will go to the interiors and inform the people about the failures of the incumbent Government,” Oraon said.

Oraon and his team of five executive presidents were appointed by party’s National President Sonia Gandhi on Monday. The position of President in JPCC remained vacant since former MP Ajoy Kumar’s resignation on August 9. Kumar, in his resignation, ridiculed his fellow leaders in the party which left many senior leaders red faced here. Oraon, however, said on Wednesday that he did not wish to talk about the past and only wants to focus on the future.

The party took out a huge rally from airport to Congress Bhavan via Rajendra Chowk, Mahatma Gandhi Road and Albert Ekka Chowk on Wednesday. During the rally, Oraon and his team garlanded statues of freedom fighters, including tribal hero Birsa Munda, Mahatma Gandhi, Subhash Chandra Bose and BR Ambedkar.