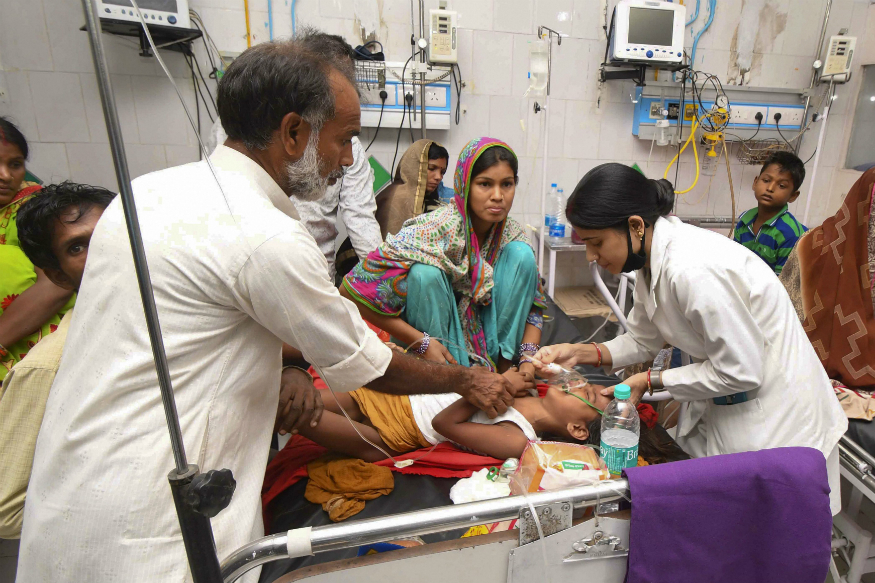 New Delhi: With over 100 children dead due to Encephalitis in Bihar since June 2019, the biggest question that remains to be answered is who is to be held responsible?

“Children, obviously, cannot be held responsible for either ‘bringing’ or ‘allowing’ their death. So, there are two parties that could be held responsible – the State (including public health care system) and parents/guardians,” says Ali Mehdi, senior fellow of Health Policy Initiative at Indian Council for Research on International Economic Relations (ICRIER).

“By State, with a capital S, I do not exclusively mean the present state or Central government, but we as a nation. Present governments in state and Centre should accept their shares of responsibility, but we as a nation are primarily responsible for the pattern of child deaths in the country,” he adds.

Every year, Acute Encephalitis Syndrome (AES) or Chamki fever returns to haunt one of India’s poorest and most malnourished states, Bihar, leaving hundreds of children dead and others with permanent neurological damage.

From litchi to heat wave, various factors have been pointed out as the cause behind the deaths. However, one thing that gets consistently overlooked is the fact that it is a collective failure.

“Even if the role of the State was limited to tackling the shortfall in parental capability to save their children, most child deaths would still be the responsibility of the State since most parents would have done their best, as they deem fit, to keep their children alive,” says Mehdi.

“Every preventable child death is unjust, and the State is responsible for it… it is a collective failure,” he adds.

The recent AES outbreak also brought back to spotlight the public healthcare system in Bihar, which is struggling with poor infrastructure, shortage of manpower and administrative failure.

The situation is so bad that National Human Rights Commission (NHRC) was forced to send a notice to the Union Health Ministry and Bihar government over the rising number of children dying due to AES.

But can the public health care system be blamed for this medical crisis? “With efficient and equitable health systems and doctors, especially at the primary health care level, many deaths could have been prevented.

However, the challenges which surround it are reflective of the challenges of ‘structural’ causes,” says Mehdi, adding that blaming the medical system alone would be ‘unfair’ as it’s a ‘systemic failure’ of the Indian State.

Going by the magnitude of the AES outbreak, which returns every year during summers, there’s a desperate need for concrete steps to save children from this deadly disease.

“Given the endemic nature of child mortality in India – it has been the world’s largest contributor to child deaths since 1953 – it is high time for India to have a National Child Survival Policy with clearly delineated responsibilities,” Mehdi stresses.

He believes that there is a need to fix responsibility for child survival in the constitution for things to change in “any major way”.

“A ‘New India’ has to shed its world leader status in backwardness. And that has to begin with the humble acknowledgment of the challenge itself – nationalist chest-thumping isn’t going to help save lives or reduce poverty in the country,” Mehdi adds.

Every child deserves to lead a reasonably long, healthy and productive life to be able to realise their full potential, and for that, “shots of vaccinations would not be enough – children deserve a shot of justice to survive.”

“The Central and state governments have to stand up and assume responsibility for children’s survival and development up to a particular age at least. This should be included in the Constitution and a national policy be developed,”Mehdi says.

He goes on to add that people should be allowed to take the governments to court over harm to their own / children’s health and survival due to defined structural factors, such as air pollution, lack of sanitation and inadequate nutrition.

Some of the changes Mehdi recommends include developing ‘public health cadre to address social determinants of health’ (The Mudaliar Committee of 1959 recommended an ‘All India Medical Service cadre along the lines of the Indian Administrative Service (IAS)), ‘sustainable financing’ mechanisms to address child deaths and malnutrition, more ASHA / ANM level workers to tackle the problem at the local level, as well as a strong regulatory mechanism for private health services and price control on medicines.

In the end, shifting the blame on the state vs central government won’t serve the purpose unless “we as citizens, as a nation have to stand up and own responsibility.”