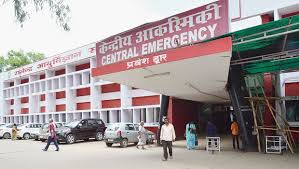 A man was lynched and two others were injured on Sunday by a Jharkhand mob that accused them of cow slaughter.

Police sources said a crowd had attacked Kalantus Barla, Philip Horo and Phagu Kachchap in Jaltand Suari village, Khunti district, after word spread that the trio had been seen chopping meat, with the remains of a cow strewn around them.

Cow slaughter and beef sale are banned in Jharkhand, which has emerged as a lynching hotbed, accounting for 17 of the 44 deaths the country witnessed at the hands of mobs between May 2015 and December 2018. Most of the lynchings in the state were related to suspected cow slaughter or beef possession.

“As soon as the local police learnt about the attack, they rushed to the spot and rescued the trio. They were brought to the local hospital, from where they were sent to RIMS, Ranchi,” an officer in Khunti said.

“Seven people have been detained for questioning. An FIR will be lodged,” A.V. Homkar, deputy inspector-general of police, South Chhotanagpur, said.

He added: “Preliminary investigation suggests the three men were selling prohibited meat. They were caught by the mob and thrashed. Additional police forces have been deployed.”

Vivek Kashyap, RIMS superintendent, said Barla, 38, had been dead on arrival and that the post-mortem report would establish the cause of death. He said both Horo and Kachchap had multiple injuries, without elaborating.

The lynching trend has continued in Jharkhand this year, with a mob killing Tabrez Ansari, 24, on suspicion of theft at Dhatkidih village in Seraikela in June.

The police, who recently filed the chargesheet in the case, have reinstated the murder charges against the 13 accused after having dropped them.