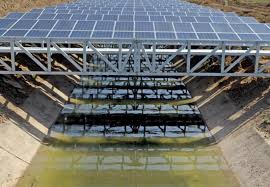 “The tender received a very low response due to which it has been reissued,” said an official from JREDA.

The general scope of work for the 2 MW canal-top solar PV power project involves the design, engineering, procurement, supply, and construction (EPC) of the grid-connected canal-top solar project, along with the testing, commissioning, and evacuation of a 33 kV solar power substation.  The bidder should be aware that the capacity utilization factor (CUF) should be considered with an AC capacity of 2 MW, and the power should be evacuated at 33 kV voltage level. A metering point should also be included at the solar power substation.

The work also involves the development of a 33 kV switchyard capacity for a minimum of 2 MW of solar evacuation at the generation substation. However, the transmission line from solar project switchyard to the pooling substation will be developed by the Jharkhand Bijli Vitran Nigam Limited (JBVNL).

The successful bidder will also be responsible for the operation and maintenance of the project for ten years.

The estimated cost of the project is ₹150.7 million (~$2.1 million), and the work needs to be completed within six months. The date for the technical bid is scheduled for September 13, 2019.

Interested bidders should have prior experience in the design, supply, installation, and commissioning of solar photovoltaic-based grid-connected power projects of a cumulative installed capacity of 10 MW or above in or outside India.

The bidders should be able to submit the list of projects commissioned along with their work order, the commissioning certificates, and the certificate stating the project’s operation timeline.

According to the JREDA, the financial criteria for the bidders state that their average annual turnover for the last three financial years should be at least ₹50 million (~$698,839).

The canal bank and canal top solar project programs were launched in the financial year 2014-15. Under this program, solar projects have been commissioned in different states including Gujarat, Karnataka, Kerala, Andhra Pradesh, Punjab, Uttarakhand, Uttar Pradesh, and West Bengal.

Earlier this year, Haryana Power Generation Corporation had invited an expression of interest to set up 16 MW of canal top solar projects at WYC Hydel Power Station at Bhudkalan, in Yamuna Nagar.