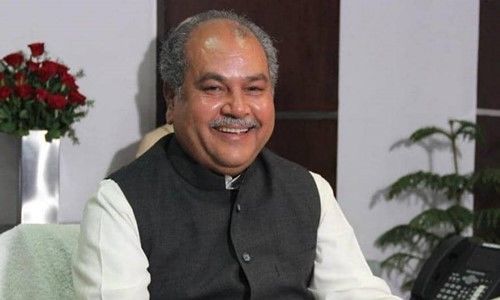 In a relief to Union Agriculture Minister Narendra Singh Tomar, the Jharkhand High Court (HC) has granted a stay in proceeding against him in lower court in a case related to alleged insult and provocation knowing that it would cause break of public peace.

Justice AK Gupta granted the stay on the ground that the complainant failed to appear before HC after a notice was issued to him in 2017 while he was trying to proceed in lower court, said Tomar’s lawyer Saumitra Baroi. The HC had issued notice to the complainant while granting stay in proceeding in the case in lower court.

It may be noted here that the case was lodged by Congress worker MK Azad at Dhanbad civil court after Tomar allegedly said that a few people compare Prime Minister Narendra Modi to Congress leader Rahul Gandhi adding that the hair a moustache and that of a tail cannot be compared. The statement was allegedly made by Tomar while addressing a public rally in 2016.

Meanwhile, as per guidelines issued by Supreme Court, the lower court recently re-opened proceeding against Tomar after lapse of six months of stay. It issued a bailable warrant and directed Tomar to appear before the court in July. Tomar, however, moved the HC again to secure the stay. The hearing in the case would be in September.