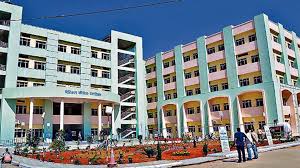 In order to fulfil its undertaking to Medical Council of India (MCI), state government would appoint 110 senior residents (SR)/tutors on vacant posts of different departments in all five medical colleges through walk-in interviews within four days.

Last month (August) on directive of Supreme Court, Jharkhand government had given undertaking to MCI to compliance faculty deficiencies in three months in newly set up its three medical colleges, Hazaribagh, Palamu and Dumka to start teaching from current session.

“Since classes have been started, 110 senior residents/tutors would be appointed this month to cater the requirements. A two-day walk-in interview has been called at IPH Institute, RCH campus Ranchi on September 25 and 26”, said deputy secretary Srivastava.

“Senior residents are being appointed for three years on a fixed honorarium of Rs 60,000 per month and their job would be spontaneously terminated after completion of tenure as per the health service rules of Jharkhand government”, said deputy secretary.