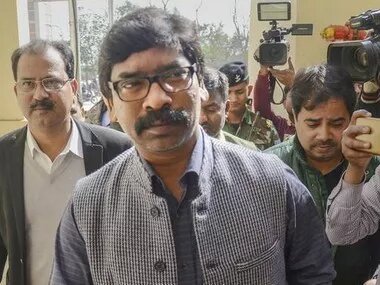 Seat-sharing talks between the Congress and the Jharkhand Mukti Morcha (JMM) for the Assembly election are in final stages and an announcement is likely on Friday, sources said.

The Congress, JMM and the Rashtriya Janata Dal (RJD) are attempting to form an alliance to defeat the ruling BJP in the five-phase election in November-December in the eastern state.

According to sources, deliberations are on between senior leaders of the Congress and the JMM for finalising the seat-sharing agreement and an announcement is likely to be made in Ranchi on Friday.

Sources said the JMM is likely to be the leading partner in the alliance and will contest on more than 50 percent of the seats.

The Congress may settle with 25-30 seats in the 81-member Assembly, leaving the rest for smaller allies.

The Congress had contested on all seats in the last Assembly election in 2014, it may settle for 25-30 seats as part of the alliance.

The Congress has already held preliminary discussions on its possible candidates for the election at a meeting of the party’s screening committee.

Sources said the Congress is unlikely to succeed in its efforts to form a grand alliance with the Jharkhand Vikas Morcha (JVM) of Babulal Marandi deciding to go it alone in the election.

The Left has two members in the current Assembly, while the Congress has six.

Sources add that the RJD is likely to settle for around 6-7 seats as part of the alliance, even though Lalu Prasad Yadav’s outfit has been demanding 14-15 seats.

“Our aim is to remove the Raghubar Das-led BJP government… The Congress and its partners will try to fulfil the dreams of people of the state that have not been fulfilled so far,” RPN Singh, the Congress party in-charge of Jharkhand affairs, told PTI.

Asked if the Congress was willing to play second fiddle to JMM in the state, he said that when there is a coalition, all allies contest as a family to accomplish the dreams of the people of Jharkhand.

Singh said the Congress would soon come out with a manifesto of its own, besides having a common minimum programme with the JMM.