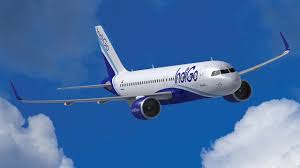 Tour operators in both cities welcomed the news. Indian tour operators are keen to sell tour packages to Vietnam’s commercial capital that is famous for its shopping, food and entertainment. The destination is seen, as a potential competitor to Bangkok and a direct route will introduce lower fares and shorten flight times.

One of the most important Buddhist pilgrimage sites, it marks the site where the Buddha attained enlightenment beneath a sacred Bodhi Tree. The nearest airport is at Gaya served by domestic flights from Kolkata.

According to Airlineroute timetable information IndiGo will fly the route daily using an Airbus A320.

A report earlier in the year by Network Thoughts said the airline announced it would also launch services from Kolkata to Hanoi, Vietnam’s capital also in October.