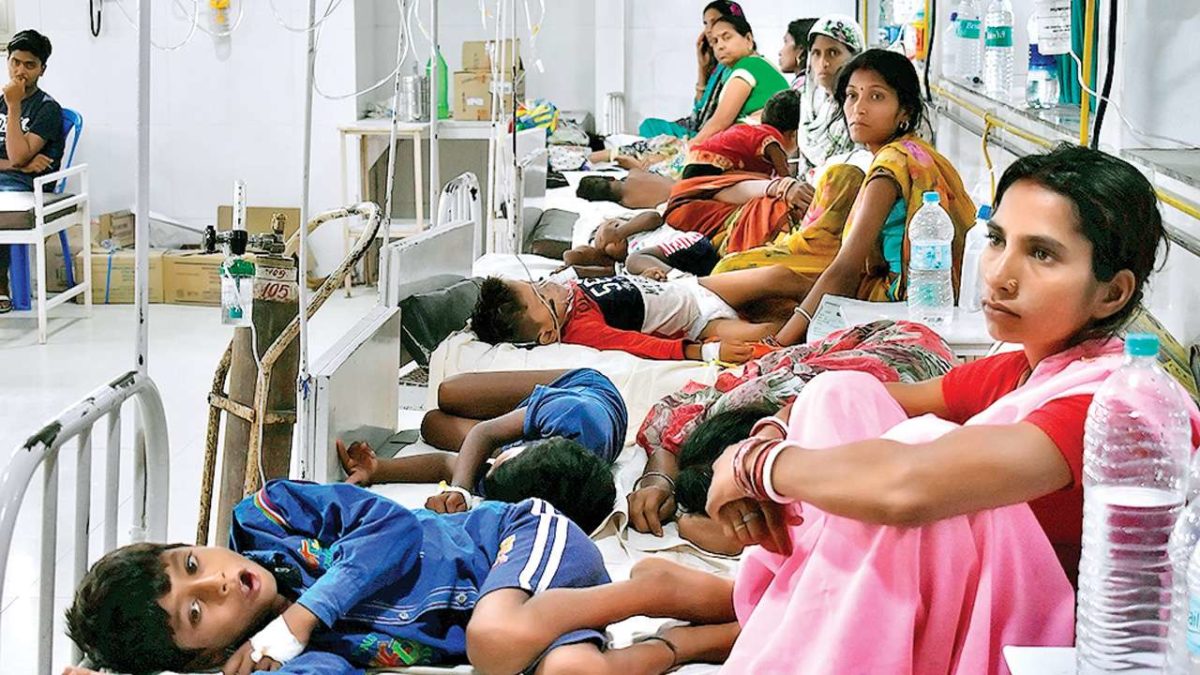 A month after 170 children died in Bihar due to Acute Encephalitis Syndrome (AES), 50 children have been reported to have died in Darbhanga Medical College and Hospital (DMCH) in a month’s time. According to a report prepared by the Child Department of DMCH, 50 children died in the hospital during the period from June 01 to June 30.

The hospital authorities came in for a shock when they learnt about the report. However, Superintendent Dr Raj Ranjan Prasad seemed to make a casual affair out of the tragic incident. Commenting on the alarming number of children deaths, he said, “Deaths occur every year when children are admitted to the hospital. However, this time the total number of deaths is a lot more than previous ones. We will have to see if proper treatment was given to these children. We have asked the concerned authorities to ascertain the cause of these deaths, he added.” Reports suggest that DMCH got timely help from UNICEF too.

Nitish Kumar led JDU government in Bihar has filed an affidavit in the Supreme Court regarding falling health standards in the state. But the opposition parties have left no stone unturned to criticise the opposition. While BJP MLA Gopal Narayan Singh said that the health conditions in the state have not improved since the time Lalu Prasad Yadav was the Chief Minister, leader of opposition Tejashwi Yadav said, “During the said 14 years of good governance under Nitish Kumar in Bihar, the posts of 47% doctors, 71% nurses, 62% lab technicians and 48% of pharmacists have been vacant.

In addition, Former CM Rabri Devi accused the government of doing drama. She said, “The government has been playing politics over the deaths of children due to AES and distributing mangoes in the assembly whereas the conditions continue to be pathetic in hospitals. There are neither adequate doctors nor beds.”