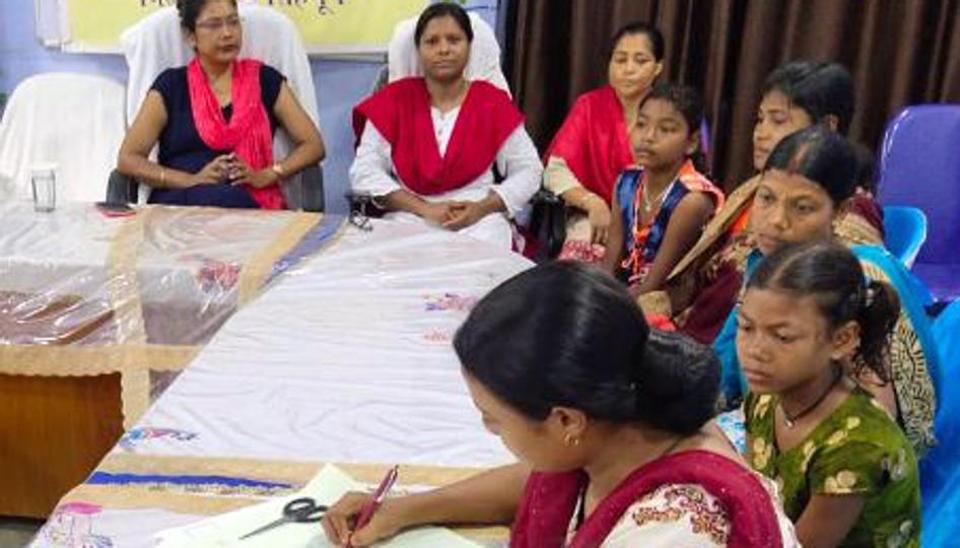 Daughters of two former Maoists were admitted into a residential school for girls in Dhalbhumgarh under East Singhbhum district, thanks to the initiative by Gudbandha block development officer (BDO) Seema Kumari.

“Their mothers have written letters to me requesting to arrange for their daughters’ education as they are very keen to go to school. I discussed the matter with the district social welfare officer and then talked to the Dhalbhumgarh KGGRS authorities who readily agreed to admit the two girls. I took them in my vehicle to the school on Friday and got them admitted in Class-6,” Kumari said on Monday.

She said both the girls had dropped out of school after Class 5 a few years ago owing to abject poverty and Maoist background of their fathers. “They told me that they wanted to go to school and become self-reliant by pursuing higher studies. We hope the girls succeed in their mission and inspire other parents to send their wards to school under ‘Beti Bachao, Bei Padhao’ mission,” added Seema.

Both the girls hailed from Jiyan village under Maoist-infested Gudabandha block, on the borders of Jharkhand and Odisha, about 90-km from district headquarters Jamshedpur. The development is also indicative of how East Singhbhum is slowly coming out of Maoists’ shadow of violence.

Carrying a reward of Rs 25 lakh on his head, Kanhu Munda had surrendered with his entire squad on February 15, 2017 by handing over their weapons to the then Jamshedpur senior superintendent of police (SSP) Anop T Matthew. Squad member Bhuglu Singh, also from Jiyan village, had also surrendered on the day. Singh is in jail. Sanjiv Munda, on the other hand, was killed in an encounter with the police in 2013. He too hailed from Jiyan village and was a member of Kanhu Munda squad.