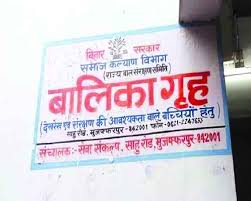 A woman, who had been an inmate of the infamous Muzaffarpur shelter home, was allegedly raped by four men in a moving vehicle (car) in Bettiah town of West Champaran district, police said on Sunday.

The Muzaffarpur shelter home had hit the headlines in 2018 after a social audit report highlighted that over 30 girls were allegedly raped at the Government-aided shelter home, run by an NGO.

Bettiah town police station SHO Shashi Bhushan Thakur said the woman was admitted to a Government medical college on Saturday evening and a medical examination was conducted by a team of doctors on Sunday, he said.

It will be confirmed whether she was raped only after getting the medical examination report, he said.

The woman, in her police complaint lodged with the Bettah town police station on Saturday, alleged that four men forcibly took her inside their vehicle (car) while she was passing through the area where she lives on Friday evening, and raped her in a moving vehicle, police said.

The men then dumped the woman in her locality after raping her. All the four men had covered their faces with masks but she could remove the masks and identify them.

While all the four persons belonged to the same family, two of them were brothers, she said. Over 30 girls were allegedly raped at the shelter home run by Brajesh Thakur, the chief of a state-funded NGO.

The alleged sexual exploitation of the girls was first highlighted in an audit report submitted by TISS to the state’s social welfare department.

An FIR was lodged against 11 people, including Thakur, on May 31, 2018. The state government had on July 26, 2018 handed over the case to the CBI. On February 7, 2019, the Supreme Court ordered authorities to transfer the case from Bihar to a Protection of Children from Sexual Offences (POCSO) court in Saket District Court complex in Delhi, which would conclude the trial within six months by holding preferably day-to-day hearing.