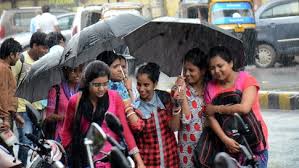 Bihar is in the throes of a crisis, with massive floods killing over 30 and affecting nearly 18 lakh people across its northern region.

Over the last week, Bihar received heavy rainfall as a cyclonic circulation over north India and parts of Nepal caused atmospheric instability in the region. To its north, the Terai region of Nepal received nearly 300 mm rain, against the normal of 50 mm, over the last 3-4 days. This forced Nepal authorities to open up all the gates of the Kosi barrage.

As rivers swelled their banks, hundreds of villages across Sitamarhi, Araria, Sheohar, Muzaffarpur, East Champaran, Madhubani, Kishanganj, Supaul and Darbhanga were inundated. Road links as well as power supply have been hit in some of these places as well.

However, the capital Patna did not witness any rainfall on Sunday. Patna belongs to the south-central subdivision of Bihar and the IMD forecasts generally cloudy skies with one or two spells of rain or thundershowers in Patna for the next 48 hours.

The current forecast for the capital shows a hazy sky with humidity over 70%. The Weather Channel’s hourly data shows that Patna may receive scattered thunderstorms on Monday. These are likely to start late in the night and continue into Tuesday morning. Rainfall in Patna is expected to begin late Tuesday night and continue till the next morning.

The maximum and minimum temperatures are likely to range from 28°C to 38°C in Patna. However, it may feel much hotter–around 40-43°C–due to high humidity. Gentle west-north-westerly winds are likely to criss-cross Patna through the day at speeds of 5-15 km/h.

The India Meteorological Department’s (IMD) data for seasonal rainfall shows that Bihar has received 388.9 mm rainfall up to July 14, which is in line with the long-term average for the state.