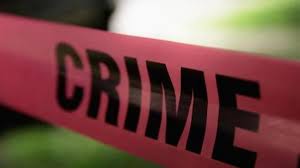 A group of men working in Bihar’s Darbhanga for Childline, a telephone hotline meant for helping children in distress, was on Friday attacked by a mob on suspicion of being child lifers, the police said.

According to the police, Childline employees Raghav Thakur, Nilesh Kumar Karn, constable Gopal Ram and driver Daya Jha were attacked when they reached Koriahi village in Sitamarhi district to verify the address of one of the three children they brought from a Darbhanga-based shelter home. The mob also damaged their vehicle.

During the address verification process, the officials took help of a local boy to locate the house of the child. Some villagers thought they were child-lifters and started thrashing them, the police said.

A police team led by sub-inspector Dasrath Prasad Singh reached the spot to rescue the Childline employees and was initially attacked by villagers .

“An additional police force is camping in the village and the situation is normal,” said Sitamarhi superintendent of police Anil Kumar. He also urged the Childline team to keep the police informed when they travel with children. The injured men were treated at a t local primary health centre .

Several mob attacks have taken place in Bihar on people suspected to be child lifters. As many as 14 people have been lynched by mobs across the state in the past two-and-a-half months, but none of them proved to be a real child abductor, the police claimed.

“We have found that none of those killed in mob violence was a child abductor. The police headquarters is reviewing the situation on a regular basis,” said additional director general (ADG) of police (headquarters) Jitendra Kumar on Friday.

Bihar police have filed first information reports (FIRs) against 348 people in connection with these incidents. The ADG said 278 suspects have been arrested in 39 cases of mob lynching in the state so far.

Apart from the deaths, at least 14 people have been injured in attacks by locals over such rumours, police said.

Chief minister Nitish Kumar is set to review the situation in the next few days, according to officials.

State police headquarters has asked people not to spread rumours, and keep away from mob violence, warning them of serious consequences under law. Separate teams from the police and district administrations have also launched campaigns to sensitise people through audio/video clips and posters, besides making them aware that mob attacks were a cognisable offence.

“The police will deal with those spreading rumours sternly. Those seen involved in incidents of mob justice will not spared,” said a second senior police officer on condition of anonymity.