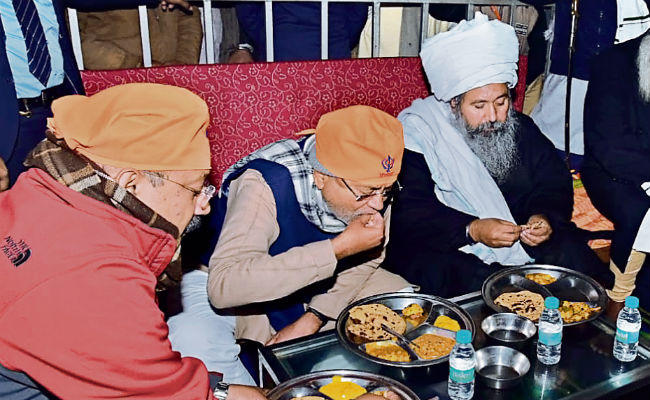 Rajgir (Nalanda): On Sunday, Chief Minister Nitish Kumar attended the closing ceremony of the 550th Prakash Parv of Guru Nanak Dev Ji Maharaj, the first Guru of Sikhism. Ardas joined after paying obeisance at CM Rajgir’s Sheetal Kund Gurdwara. Jathedars from different parts of the country welcomed the Chief Minister by presenting him with a saropa and a symbol.

After serving the langar to the devotees, the Chief Minister himself anchored the langar in the anchor hall at Rajgir’s hockey ground. On this occasion, the Chief Minister said that Rajgir is the land of all religions. The message of love, unity, equality, brotherhood, spiritual light should go from here. Guru Nanak Dev first started his journey from the eastern region and Patna came as the first Guru via Buxar through the river Ganges.

From here, he gave a message of Onkar Satnam. He said that Guru Nanak Dev Ji declares that he should win over his disorder and evil. Ego is man’s worst enemy. He said that a large number of people come to Rajgir. In view of this, eco tourism is being given a big boost in Rajgir. Next year it will be completed by becoming a Gurudwara of Rajgir. He invited all Sikh devotees to come here on Prakash Parv next year.

CM said that today the land of Rajgir too became blessed with an Onkar Satnam. No one would have thought that in Rajgir, there will be millions of langars.

Gurunanak Dev touched the water of the pool with his foot and the water became cold, hence one pool of Rajgir was named as Sheetal Kund. He said that Rajgir is the land of Makhdoom Saheb. The Malamas fair is held here for three years in Hinduism. It is believed that 33 crore Gods and Goddesses reside here at that time. Lord Mahavira and Lord Buddha came here before and after attaining enlightenment.

He said that langar has great importance in Sikhism. Anchor is a great service. Gurunanak Dev considered both men and women equal, so the woman should be respected. The Chief Minister said that a lot of work has been done for women in the state. Today women are awakening. 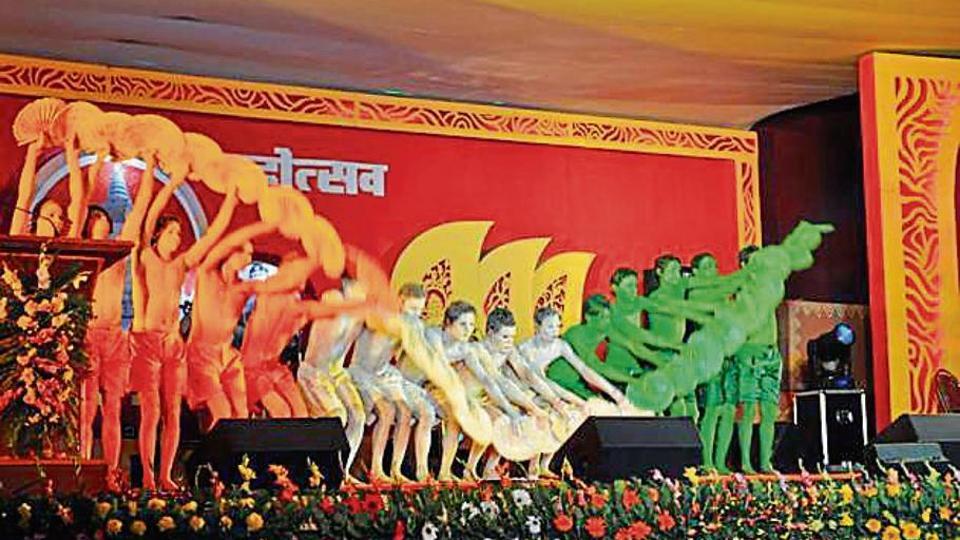 Bihar chief minister Nitish Kumar is expected to inaugurate the three-day Rajgir festival, scheduled to be held at the International Convention Centre at Rajgir from November 25.

The cultural extravaganza on the occasion will feature artistes like Pankaj Udhas, among others.

The event will also feature a Gramshree Mela which has been planned at the vast hockey ground at the heritage town.

The fair will also have activities like palanquin decoration contest, the “tonga”, or the horse-driven cart race, and dangal (wrestling), besides a Mahila Mahotsav where rural women will gather to discuss how to achieve economic independence and become self-sufficient.

Also, various government departments will be showcasing their activities and achievements at their stalls.

The Rajgir Festival was started in 1986 on the lines of Khajuraho Festival, the world famous Indian classical dance festival held in Madhya Pradesh every year.

“This time, the event is expected to be a fine blend of local and international. While the state tourism has invited celebrities to perform, the Nalanda district administration is trying to showcase the local talent. We have also planned a variety of local activities at the Gramshree Mela,” Nalanda DM Yogendra Singh said.

Activities like the palanquin decoration and Tonga decorations are expected to be a big draw. “Visitors, especially the foreign tourists, find it very interesting,” he said.

The first Rajgir Festival was held at the Swarna Bhandar, a nationally protected monument of the Archaeological Survey of India (ASI) at Rajgir. For three years, it was held at this site. But from 1990 to 1993, it could not be held due to some unavoidable reasons and was planned again at the youth hostel ground at Rajgir in 1994. Since then, the event has remained an annual feature. But its venue has kept changing. A few years ago, it was shifted to the Quila Maidan at Rajgir and since 2017, it’s being held at the convention centre. 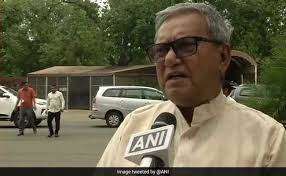 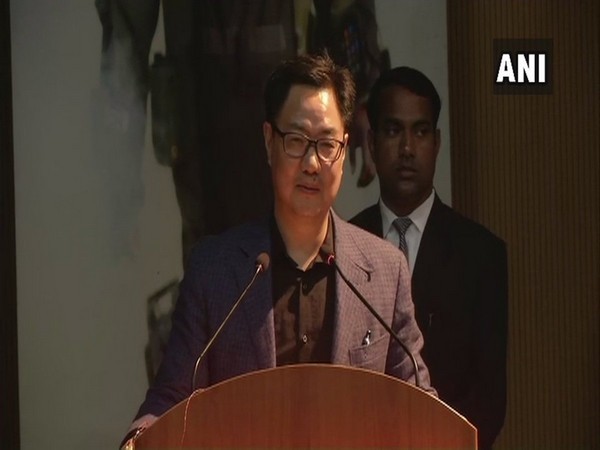 This conference will be held on two days between July 27-28. 200 delegates from 15 countries have registered themselves as participants in the conference.

The main purpose of this conference is to address people about the terror, violence and global warming prevalent in the world. This two-day conference will address the subjects of Sat-Chit-Ananda and Nirvana which are the pivotal topics of Buddhism. This conference is being hosted by Rajgir for the second time.

“The Dharma-Dhamma conference will act as a platform for the Hindu and Buddhist thinkers to express their views. I am very happy that the conference is being hosted by India which will benefit the international community as well,” Kiren Rijiju said.

“The Nalanda University is a symbol of India’s pride and it is indeed a matter of honour for the university to be part of this international conference,” he added. 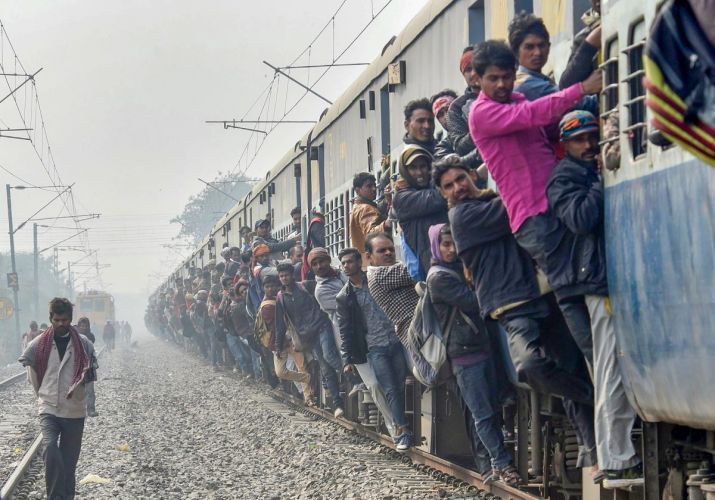 About 46 kilometres of the train journey is absolutely free for the people from Rajgir to Tilaiya. It is not a gift from Railways but the common people have created this system.

There is a junction, a station and five halts between Rajgir and Tilaiya. There is no arrangement for buying tickets in all these places and neither is the ticket collector also the train stops without any prior signals. Apart from Rajgir and Tilaiya, there is no restriction on people’s movement.

The Railways have abandoned the maintenance of these seven stations. There are bushes grown over the platforms and devices have been stolen. This railway route was approved by Nitish Kumar while being the Railway Minister and the project started in 2002. On June 19, 2010, CM Nitish Kumar inaugurated it.

On this railway route, there are two passenger trains, one is Danapur-Tailaiya and the other is Bakhtiyarpur-Gaya DMU, also one and half dozen goods trains are running. All these trains give a blow while crossing the station.

In 2012, the ticket counter was inaugurated at Jethian Railway Station. The responsibility of collecting tickets was given to the private company. In Jethian, 3 Assistant Station Master, 4 Porter and Gangman, RPF was also deployed. But the private company returned from the fear of commuters when the trains were getting late.

According to media sources, there is a shortage of staff in the railway at these stations. The process of restoration is going on after which the vacant places will be filled. 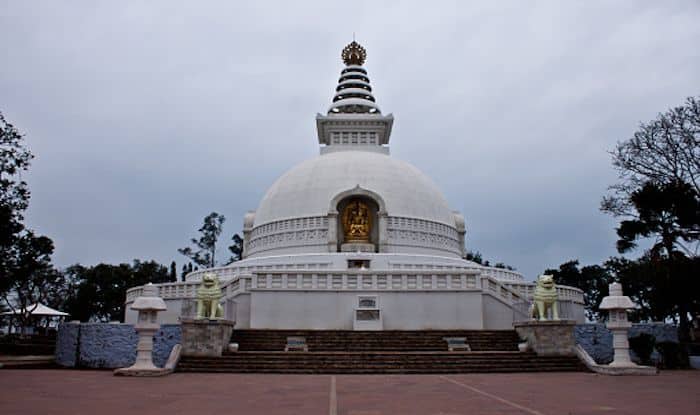 A historic city located in the Nalanda district of Bihar, Rajgir is predominantly a religious place for both Buddhism and Jainism. Its link to both Gautama Buddha and Mahavir has imparted it with a sacredness, not easily experienced anywhere else in India.

While there’s tons to see and do in Rajgir, start your tour of the city with the 6th-century Ajatshatru Fort. The fort’s highlights are its high walls, Bimbisara jail, gigantic stone tower and Ajatshatru Stupa.

Another popular Buddhist pilgrimage site is the Vishwa Shanti Stupa, also known as the World Peace Pagoda, situated on Ratnagiri Hill. Considered to be the world’s tallest Peace Pagoda, this white structure is an architectural marvel with the four phases of Buddha’s life showcased through four golden statues of Buddha.

Among the Jain temples here, the most prominent is the Digambar Jain Siddha Kshetra Temple. Another important one is the Lal Mandir, located in Udaigiri Hills; a magnificent structure made of red and white stones.

Built during the Mauryan period, the sturdy 40km long Cyclopean Walls made of raw stones is an iconic architectural wonder encircling old Rajgir. Even though the walls no longer retain its former glory, it is nonetheless a must visit for history aficinados.

A prime attraction in Rajgir, Venu Vana is the Bamboo Forest, where Lord Buddha was said to have lived 2,500 years ago. There’s a big pond in the midst of Venu Vana; it adds to the peacefulness, serenity and beauty of the place.

The Hot Springs of Rajgir have an importance of their own. Found in abundance in the city, they are considered to be sacred in Hinduism, Buddhism and Jainism. Known for their medicinal values, the most sacred Hot Spring in Rajgir is the one in Saptarni Cave and the hottest is said to be the one at Brahmakund, at 45 degree Centigrade.