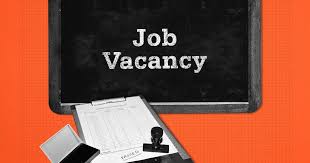 Jharkhand Public Service Commission (JPSC) released a recruitment notification for the position of Account Officer on October 17th, 2019. The application process for the drive will begin on October 21st and will go on until November 15th, 2019 at the official website, jpsc.gov.in.

The recruitment drive will be conducted for a total number of 16 vacancies. The candidates must not be above the age of 35 years; however, candidates from reserved categories can avail relaxation in this.

The candidate must have a Bachelor’s degree in either Commerce, Economics, Maths, or Statistics to be eligible to apply.

The candidates must appear for a preliminary exam initially which will consist two General Studies papers in the form of objective exam for 100 marks each.

The first paper will test candidates on History of India and Indian National Movement, India and World Geography, Indian Polity, and Economy, and History/Geography/Economics/Culture of Jharkhand. The second paper will test candidates on General Science, General Mental Ability, Current events of the State, National, and International Importance, and Basic Numerical and Quantiative Aptitude.

Candidates who clear the Preliminary exam will appear for the Main exam which will consist three papers of 100 marks each. The first paper will test candidates on General English and General Hindi, second on General Studies, and third will be based on subject chosen by the candidate. Then, the last round will be an interview round. 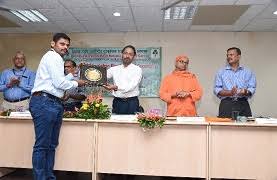 While welcoming the Chief Guest, Director of the Institute, KK Sharma apprised them of the achievements of the institute in terms of various technologies developed and transferred by the institute especially value added products from natural gums such as hydrogels, dietary fibers and gum based nano-particles for disease control in plants. He also mentioned how lac cultivation played a significant role in increasing farm income.

Speaking on the occasion Tripathi congratulated the institute for its significant contribution in research and development of natural resins and gums. He also wished the institute to receive more laurels during its centenary celebration.

Addressing the gathering as Guest of Honour, Inspector General of Police (HR), Navin Kumar Singh delivered the 9th Dorothy Norris Memorial Lecture on “Digital India, Cyber Crime Issues, Challenges and Way Forward” in which he explained the importance of digitization, cyber crime issues in the digital era and the precautions to be taken to safeguard from cyber crimes. A memorial lecture was delivered by Singh, in honour of the Founder Director of the erstwhile Indian Lac Research Institute Dorothy Norris.

A Memorandum of Understanding was signed between ICAR-IINRG and Sahabhagi Samaj Sevi Sanstha working on strengthening lac value chain in the State of Chhattisgarh in which the institute will provide technical support to the NGO.

On this occasion, distinguished workers of the institute like Scientist, Arnab Roy Chaudhury, Technical Officer, P Patmajhi, Janki Devi and Chaitu Kachhap, skilled supporting staff were awarded with certificates and trophies for their commendable contribution in their sphere of work.

Saturday was declared as an open day for the public in which over 800 students from 12 schools visited the institute. They were shown the Museum, Lac video film, Short video on Swachh Bharat Mission of Government of India and Institute Research Farm. A cultural function was also organized in the evening for the participants and the employees of the institute.

Retired staff of the ICAR-IINRG also attended the event.

With admission through Chancellor Portal, colleges will have no say in selecting meritorious students who have scored better in his/her intermediate exam. Previously, colleges used to announce cut off. Better ranked colleges had cut off for admission in honours courses. However, now the minimum criteria of seeking admission will be fixed and colleges will have to adhere to whatever list is sent by the Chancellor Portal authorities.

The Governor also directed the VCs to carry out National Assessment and Accreditation Council (NAAC) of their universities and colleges and get better ranking. The Governor meanwhile expressed happiness over universities regularizing their academic calendar.

The VC said, “It is please to know that academic calendar of universities are regularized. The examination is held on time and the results are declared timely, which is beneficial for students for pursuing higher studies in other universities.” The Chancellor claimed that irregular academic calendar they have received from Bihar, before the bifurcation of State. Murmu, on the occasion, also expressed happiness that Jharkhand Public Service Commission (JPSC) is taking up promotion issue of teachers in a priority basis. She said that with JPSC taking up the promotion issue on priority basis, backlog in State universities will be cleared paving way for fresh appointments at educational institutions.

The Chancellor also directed VCs to complete the process of installing WiFi at educational institutions and in this connection they can take the help of National Informatics Centre (NIC) for regular inspection and monitoring. The Governor also directed universities to work in direction of ACP/MACP so that non-teaching staff are benefitted with salary and other benefits.

In an attempt to intensify its attack on ruling Bharatiya Janata Party (BJP) for its “wrong employment policy”, Jharkhand Mukti Morcha (JMM) held a ‘Yuva Aakrosh Rally’ to demand jobs for local and tribal youths in all district head quarters across the State including the State Capital on Monday.

The party organised the march to catch attention of youths and students before the State Assembly Election which is scheduled in the end of this year. A large numbers of youths participated in the march.

The march led by JMM Executive president and former Chief Minister of the State, Hemant Soren and it started from Ranchi College Football Ground and crossing through Radium Road, Kutchery Chowk and finally ended at Raj Bhawan and culminated in a public meeting

Hitting hard on the government for its wrong job policies the former Chief Minister said that the government is playing with the future of the youths and the students to make a particular section happy. During the last five years the State Government has not been successfully completed a single recruitment through Jharkhand Public Service Commission, he added

“The party will start recruitment in mission mode in the first year of its tenure to fill all five lakhs vacant posts in the State Government’s various departments and those who are working as contractual employee of the State Government for a long time will also be regularised,” said Soren.

It has also been announced at the meeting that the local will get priority in tender of up to Rs 25 crore of all State Government’s contract.

Almost all senior leader of the party were present in the march. 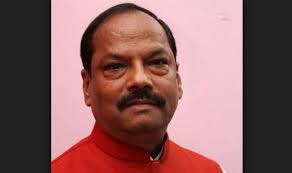 The Raghubar Das Government ahead of year-end Assembly election is to focus on infrastructure improvement, especially road connectivity. The State Road Construction Department has set a 120 day deadline with a target to construct 400 km roads and 15 bridges in this duration. As the construction of roads and bridges will require technical expertise, the Road Construction Department is to recruit 969 engineers on the rank of assistant engineers and junior engineers in the coming days.

Department secretary KK Soan said, “The department, to fill up the vacancies of engineers, has decided to make appointment of 969 engineers. 732 posts of assistant engineers and 237 posts of junior engineers will be filled. The appointment process will be completed within two-three months.”

He added, “While the Jharkhand Public Service Commission (JPSC) will carry out the appointment process of assistant engineers, the junior engineers will be appointed by Jharkhand Staff Selection Commission (JSSC).”

The appointed engineers will be placed at various projects of road construction department.

Apart from these roads, there are around 41 other roads in which construction will begin or will be completed within the stipulated time frame. 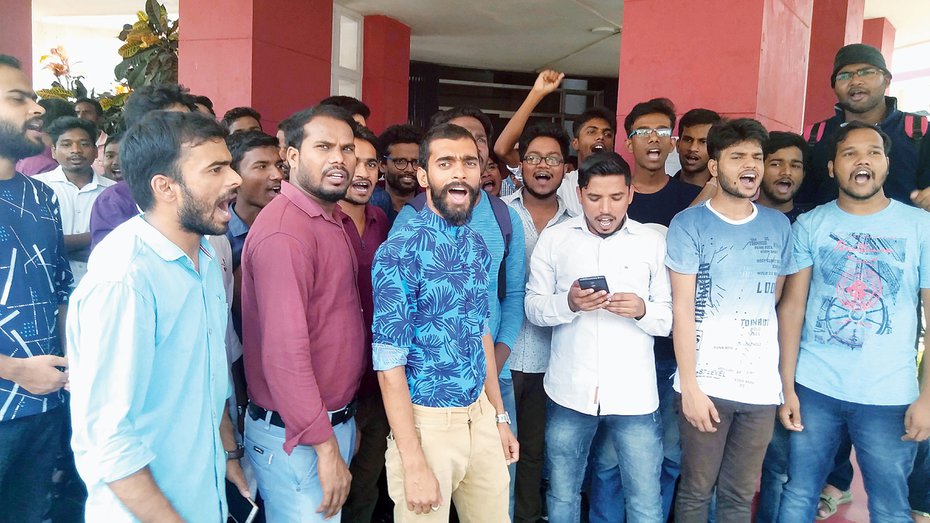 Angry students at Birsa Agricultural University on Wednesday confronted state agriculture minister Randheer Kumar Singh with a question: Where are the jobs?

The minister had gone to attend the 39th foundation day event of the varsity in Kanke. When he was leaving after delivering his speech, around 50 students were waiting outside the auditorium to pepper him with questions such as why no student from Jharkhand’s only agriculture university has got a state government job for the last 20 years, and what future could they look forward to with such a bleak placement record.

The minister tried to duck the barrage by saying that he wishes for the students’ good academic performance. Agriculture, he said, is the priority sector of the government and steps are being taken to provide employment opportunities for students. He said that vice-chancellor Parvinder Kaushal would address the students’ concerns.

The students were not in the mood to be swayed by perfunctory assurances. They raised slogans against the minister and the vice-chancellor, and followed the minister till he reached his car.

“The last recruitment was done in 1989,” said Varunesh Kumar, a former student of the university, who secured a gold medal in 2016 for academic excellence. “In 2015, the government had started the recruitment process for 450 block agriculture officers through the Jharkhand Public Service Commission. The preliminary test was successfully conducted. But two days before the mains examination, the recruitment was cancelled without citing any reason. Students of B.Sc (agriculture) are the worst victims.”

Ruplal Prasad, a current student, said the university’s alumni can be the backbone of an agriculture revolution in the state.

“But then we are neglected,” Prasad said. “Where we will display our skills if employment opportunities are not given to us? Jharkhand’s achievement in agriculture is only on paper. The government may be opening new research centres and colleges for agriculture studies in the state but there is employment opportunity for students. We are under pressure of our parents to get jobs. Now we feel that we made a mistake by opting to study agriculture. Every year the minister visits BAU during the foundation day programme and assures to look into our matter, so today we decided to protest.”

The varsity runs a number of courses such as animal husbandry, forestry, biotechnology, fisheries, agri-business management and horticulture. There are six colleges under the varsity, of which four are agricultural colleges, one is a veterinary college and the other is a forestry college. There are over 600 students at the varsity.