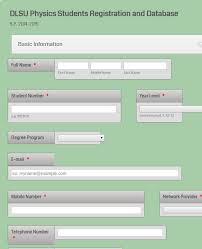 Many people especially youngsters were seen standing in queue for registration of their name and address in hope that when State Government goes for mass recruitment drive they get preference.

Large number of youths standing in queue was also due to ruling party (Jharkhand Mukti Morcha) poll promise which had promised to provide unemployment allowance to youth in the tune of  Rs 5,000 and Rs 7,000 depending on their educational qualification.

The Chief Minister has said that soon after registration, necessary action will be taken to provide unemployment allowance to the unemployed youth and the proposed incentive amount to be given by the government and to provide them with available employment opportunities.

Abdul Rehman, a post graduate student and resident from Bokaro who was spotted at Employment Exchange for registration said, “I have come here for registration of my name with employment exchange. The registration will help the Government in keeping a record about number of unemployed youths in the State.”

Rehman said that large numbers of youths have come for registration as in last five years the Government has failed to create any employment opportunities. Echoing the views of Rehman, another youth Abhijeet Kumar a post graduate from Raksha Shakti University said, “I have completed my post graduate in criminology from Raksha Shakti University. But it nearly a year that I have passed from institute still I am jobless as there was no placement in institute.”

The student also claimed that in Jharkhand unemployment is biggest issue as earlier governments had failed to provide any employment opportunities.  He said, “The Raghubar Das government to fill up vacant posts in various government departments had carried out examination though Jharkhand Staff Selection Commission (JSSC 2014), Jharkhand Public Service Commission (JPSC) 2016 and recruitment for Panchayat Secretary, but the Government had failed to declare results of any of these examinations.” While JSSC examination is cancelled, the JPSC results are still awaited while Panchayat Secretary mains examination is yet to be held.

Meanwhile, Employment Officer Manu Kumar said, “Large number of youths has come for registration of their name and address at exchange after reading news in the newspaper where Hemant Soren has directed Chief Secretary DK Tiwari to activate all employment exchanges across the State.”

Manu Kumar also said that apart from registration state labour department is going to hold a Rozgar Mela on February 7 at Hehal ground. In the job fair 16 companies are going to participate which includes local as well as national level companies.