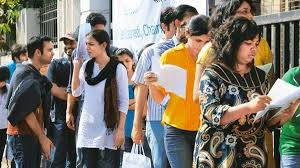 With admission through Chancellor Portal, colleges will have no say in selecting meritorious students who have scored better in his/her intermediate exam. Previously, colleges used to announce cut off. Better ranked colleges had cut off for admission in honours courses. However, now the minimum criteria of seeking admission will be fixed and colleges will have to adhere to whatever list is sent by the Chancellor Portal authorities.

The Governor also directed the VCs to carry out National Assessment and Accreditation Council (NAAC) of their universities and colleges and get better ranking. The Governor meanwhile expressed happiness over universities regularizing their academic calendar.

The VC said, “It is please to know that academic calendar of universities are regularized. The examination is held on time and the results are declared timely, which is beneficial for students for pursuing higher studies in other universities.” The Chancellor claimed that irregular academic calendar they have received from Bihar, before the bifurcation of State. Murmu, on the occasion, also expressed happiness that Jharkhand Public Service Commission (JPSC) is taking up promotion issue of teachers in a priority basis. She said that with JPSC taking up the promotion issue on priority basis, backlog in State universities will be cleared paving way for fresh appointments at educational institutions.

The Chancellor also directed VCs to complete the process of installing WiFi at educational institutions and in this connection they can take the help of National Informatics Centre (NIC) for regular inspection and monitoring. The Governor also directed universities to work in direction of ACP/MACP so that non-teaching staff are benefitted with salary and other benefits.