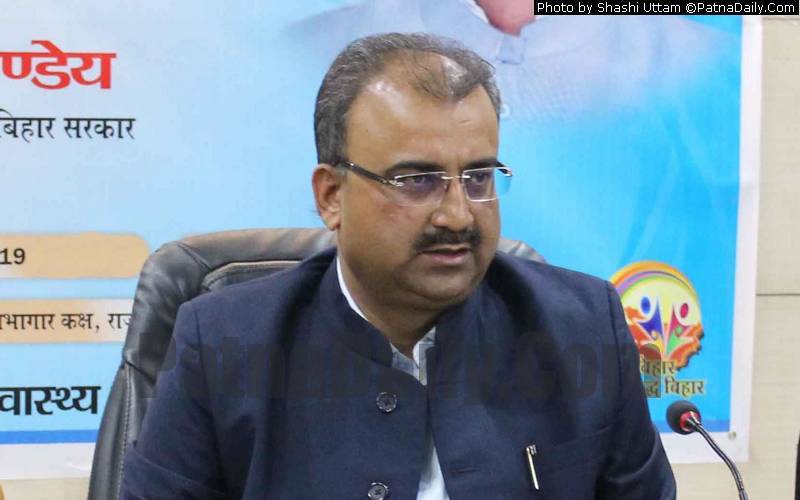 Patna: Ignoring the fact that nearly 200 children had died in Bihar due to outbreak of the Acute Encephalitis Syndrome (AES) in the recent months in the state and the fact that Bihar hospitals remain more under lockdown due to strike by junior doctors and nurses and there is a serious crisis of doctors in nearly all state hospitals, Bihar Health Minister Mangal Pandey on Wednesday announced the government’s decision to open 11 new medical colleges in Bihar.

Reacting to the opposition’s demand of resignation in the wake of the death of children due to AES, Pandey, without mentioning anything about improving the conditions of the existing hospitals in Bihar where just as recent as last week flood water had entered in the general ward forcing the patients to be moved to different locations, said that the government was planning to open 11 new hospitals in the state. He also repeated the pledge of Chief Minister Nitish Kumar who had recently said that the Patna Medical College and Hospital (PMCH) will be turned into a ‘world-class’ hospital with 5000 beds in it.

The Health Minister was speaking at Vidhan Sabha about Rs. 96,000,000,000 (96 arab+) budget of the health department that was passed despite pandemonium by the opposition leaders who continued to demand his resignation in the wake of the AES-related deaths.

“Work has already begun on the 500-bed hospital in the Indira Gandhi Institute of Medical Sciences (IGIMS) in Patna and a proposal to build a 1200-bed hospital is also in the pipeline. Another plan includes building of a brand-new mental hospital in Koelwar with a capacity of 272 beds and hospitals with 50 to 100 bed capacity is being built in 14 blocks in various districts,” he said.

Other plans include building of a second All India Institute of Medical Sciences (AIIMS) in Bihar, a 100-bed children hospital in Muzaffarpur, a cancer hospital with a price tag of Rs. 200 crore, and building of a disease control center inside Nalanda Medical College and Hospital (NMCH) campus, the minister said.